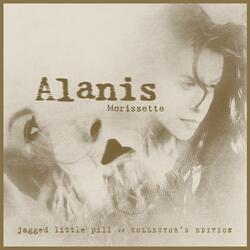 An old man turned ninety-eight
He won the lottery and died the next day
It's a black fly in your Chardonnay
It's a death row pardon two minutes too late
Isn't it ironic, don't you think

[Chorus:]
It's like rain on your wedding day
It's a free ride when you've already paid
It's the good advice that you just didn't take
Who would've thought, it figures

Mr. Play It Safe was afraid to fly
He packed his suitcase and kissed his kids goodbye
He waited his whole damn life to take that flight
And as the plane crashed down he thought
"Well, isn't this nice."
And isn't it ironic, don't you think

A traffic jam when you're already late
A no smoking sign on your cigarette break
It's like ten thousand spoons when all you need is a knife
It's meeting the man of my dreams
And then meeting his beautiful wife
And isn't it ironic, don't you think
A little too ironic, and yeah I really do think