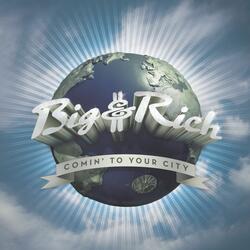 We, the people of the United States,
In order to form a more perfect Union
I have a dream, a dream that one day
We hold these truths to be self-evident,
That all men are created equal
And they are endowed by their Creator
With certain inalienable rights
That among these are life,
Liberty and the pursuit of happiness

Oh, say, can you see, by the dawn's early light
What so proudly we hailed at the twilight's last gleaming?
I pledge allegiance to the flag of the United States of America
Whose broad stripes and bright stars, through the perilous fight
O'er the ramparts, we watched, were so gallantly streaming
And to the Republic for which it stands, one nation under God

And the rockets' red glare,
The bombs bursting in air
Gave proof through the night
That our flag was still there indivisible
Oh, say, does that star-spangled banner yet wave
With liberty and justice for all
O'er the land of the free and the home of the brave?