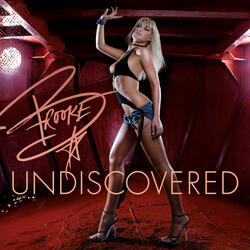 Boys talk them down on the sidelines
Watching, wishing they was playing the game
We playing, but it's all good though
Paul Wall, Brooke, waddup, baby?
(One, two, Paul wall)

Naw
(I was talkin')
Naw
Okay
Hey
What it Do

I hear the commentators on the side chatta boxin'
Paul Wall and Brooke got all the paparazzi watchin'
I hear 'em jaw japin', bumpin' gums, chasin' crumbs
We ain't concerned with them bums; we accumaltin' funds
Flash the wrist, got the Johnny Dane watch froze
Five karot VV yellow stone in my earlobe
I'm squashin' chatta when the light hit the pink ring
Starch N clean, white cuff on the lean
See me in the new Benz 'cause I'm oh so ballin'
Or an old school stag with the fifth wheel fallin'
We got em talkin', but really they ain't sayin' too much
Just speculatin' with that gossip
Truth is, they don't know about us

I'm just tryin' a live, but you're all up in my grill
How's a girl to breath with the media
Starin' down my mouth with a four inch lens
I just wanna hit the bar with some of my friends

They talkin' 'bout us, so I guess we doin' something right
Ballin' in the mix with the camera light shinin' bright
They know we caked up, but they don't know how much we worth
Papo stacked to the ceilin' all because we put in work

Picture your ass in my shoes, pop story in the news
Every day is somethin' new, everybody's watchin' you
(For real) But they ain't sayin' nuthin', they ain't heard nuthin'
Everybody's just frontin', it's what they do

Stop, stop, stop
I'm not listening, you can save your breath
I don't wanna hear the rumors people are spreading
Why, why do people go out of their way to try to bring us down?
They don't know nothin' 'bout us

Chat About About Us by Brooke Hogan