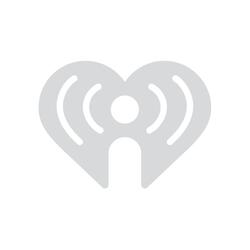 Killa, killa what we want uh
I want ya'll to get the fuck off my dick
For a minute ya know
Dip set, Freaky, Jones, Santana, uh Harlem

I want head from East Nava
I wanna get the Benz at least dropper
Painted peach-cobbler
Want a girl who don't need Prada
She could be a damn Reeboker
Long as she freak proper
I'm only asking for Halle, Janet, Toni Braxton
Come over show ya homie action

I want 'em now, I want 'em wild
I wanna bone they back in
I wanna whip, I wanna drop
I wanna chrome reaction
You should know I'd give a kidney to ya'll
I want my women to shine
I want my niggaz to ball
I want it all

Come on, Juelz
Dip set, killa, killa
I know what the fuck I want

Yeah, uhh
Where we at? Harlem
Outstanding
What we want? Huh
Let's do it, killa
Juelz said, tell right y'all
Dip set, well check it

Yo, yo, yo, I just want you to know you'll get slapped in ya face
I just wanna know what happened to Mase
I just want him to know
Rock dem jewels flash that chrome
It's all good you can come back home
If you want