Driving With The Brakes On 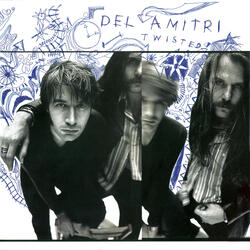 Driving through the long night
Trying to figure who's right and who's wrong
Now the kid has gone. I sit belted up tight,
She sucks on a match light, glowing bronze, steering on.
And I might be more a man if I stopped this in its tracks
And said come on, let's go home. But she's got the wheel,
And I've got nothing except what I have on.

Trying to keep the mood right, trying to steer the conversation from
The thing we've done.
She shuts up the ashtray and I say it's a long way back now hon
And she just yawns. And we might get lost someplace
So desolate that no one where we're from would ever come
But she's got the wheel and I've got to deal from now on.

But unless the moon falls tonight, unless continents collide,
Nothing's gonna make me break from her side.