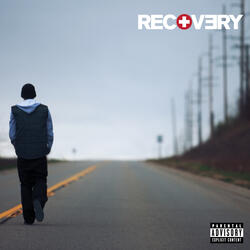 Yeah! Oh! Get Up! I said get up! Let's go!
Better watch out (now)
Cause here we come (come)
And we ain't stoppin' until
We see the mornin' sun (sun)
So give us room to do our thing
Cause we ain't come to hurt no one (one)
So err'body come on get up on the floor
Right now and grab someone (one)

Now first of all I'm a boss
I just wanna get that across
Man even my dentist hates when I floss
Pull up to the club in a Pinto likes it's a Porsche
Garbage bag on one of the windows
Spray-painted doors with the flames on 'em
Michigan plates and my name's on 'em
Baby, Shady's here come on get him
If you dames want 'em
But he ain't stupid so quit tryin' to run them games on him
He's immune to Cupid, why you tryin' to put your claims on him?
Cause you won't do to me what you did to the last man
Now climb in back try not to kick over the gas can
There's a half a gallon in it, that could be our last chance
We have of just gettin' home, now could I get that lap dance?
She's got a tattoo of me right above her ass, man
In the streets of Warren, Michigan we call 'em tramp stamps
That means she belongs to me, time to put the damn clamps
Down and show this hussy who's the man
Now, get up, dance!

[Chorus]
Now you can do this on your own
But everyone knows that no one likes to be alone
So get on the floor and grab somebody!
Ain't nothin' but a White Trash Party!
So let's have us a little bash
And if anyone asks
If there ain't no one but us trash
You dunno, you better ask somebody
Cause we're havin' a White Trash Party!

Pull a fifth of Bacardi from outta my underwear
And walk around the party without a care
Like a body without a head
Lookin' like a zombie from Night of the Livin' Dead
And tomorrow I'll prolly still be too high to get outta bed
Til I feel like I been hit wit the sharp part'a the hammer
Mixin' Hennessey and Fanta with Pepto and Mylanta
I shoot to kill like I'm hollerin' "Die Santa!"
Miss the tree and hit Rudolph and two innocent bystanders
So quit tryin' ta play the wall like you pawlin'
Get on the floor when the beat drops and stop stallin'
They call me the Stephon Marbury of rap, darlin'
Cause as soon as they throw on some R-Kelly I start ballin'
Makin' it rain for them ladies in the mini's
But I'm not throwin' ones, fives, tens, or even twenties
I'm throwin' quarters, nickels, dimes, pennies up at skinnies
Man I do this for them bunnies up at Denny's
From the north, east and west, but when
It comes to them trailers in them South Parks
Muffle it, cause homie that hood's tighter then Kenny's
So ladies if your belly button's not an innie then I'm outie
Now hop in my minivan, let's get rowdy
C'mon

Now whether you're black, white or purple
If you're misunderstood
But you don't give a fuck
You weren't doin' shit that you should
Long as you know you're up to evil
And you're no damn good
Get on the floor, man, and rep your 'hood
Now honey, don't let them pricks trip
We should make a quick dip
And go do some donuts in the hospital parkin' lot
Cause girl I got a sick whip
Kick the back window outta my Gremlin
Put two milk crates in the trunk
Rip out the stick shift and
Make a five seater
I'll be damned if I feed a chick
It ain't like me to split a piece 'a dry pita
I'll be the S-L to the I-M to the S-H-A-D-Y
And I don't need a tank top to be a wife beater
I'll rip a tree out the ground
And flip it upside down
'Fore I turn over a new leaf, clown
I'll tell ya now
I'm so raw I still need to un-thaw
You feel me, y'all?
I shut the club down like Drake in the mall
But baby, a body like that's against the law
You the baddest little chain with the blades I ever saw
Coleslaw containers, empty straw wrappers and all
You got more junk in your trunk than I do in my car
Now get up!

Chat About W.T.P. by Eminem