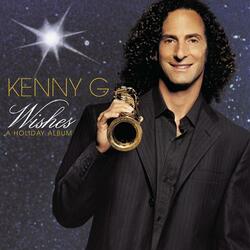 "The first words I spoke in the original phonograph, 'Mary had a little lamb. It's fleece was white as snow. And everywhere that Mary went, the lamb was sure to go"

"The Distinguished Flying Cross upon Colonel Charles A. Lindberg"

"Panicked investors ordered their brokers to sell at whatever the price in the stock market crash."

"The only thing we have to fear is fear itself."

"Horrific place, ladies and gentlemen, the smoke and the flames now, ooh, the humanity"

"Now, with the help and support of the woman I love."

"Urging the people to evacuate the city as Martians approach."

"Never to go to war with one another again"

"This country is at war with Germany."

"December 7, 1941, (the Japanese have attacked Pearl Harbor) a date which will live in infamy."

"I consider myself the luckiest man on the face of the earth."

"The world will note that the first atomic bomb was dropped on Hiroshima."

Abbott: "Who Is on first." Costello: "What are you asking me for?"

"Reports from the new Germany tell of horrors leading to the total extermination of the Jews of Europe."

"An iron curtain has descended across the continent of Europe."

" Jackie Robinson goes to bat for the first time in a Major League."

"It was a little cocker spaniel dog, and our little girl, Tricia, the six year old, named it 'Checkers'"

"Are you a member of the Communist Party?"

"Or have you ever been a member of the Communist Party?"

"Three young singers were killed today in the crash of a light plane."

"American bandstand. And now, here he is, the star of our show, Dick Clark."

"They're standing up, waiting to see if Maris is going to hit number 61"

"Wondering how and why Marilyn Monroe died."

"Something has happened in the motorcade. President Kennedy died at 1:00 p.m. Central Standard Time"

"I have a dream that my four little children will one day live in a nation where they will not be judged by the color of their skin, but by the content of their character."

"And I say segregation now"

"What we have foremost in common is their enemy."

He's an enemy to all of us."
MALCOLM X

"I have a dream"
MARTIN LUTHER KING

"And today I ordered to Vietnam the Air Mobile Division. Additional forces will be needed later and they will be sent."

"I have very sad news for all of you. Martin Luther King was shot and was killed tonight in Memphis Tennessee."

"Senator Kennedy has been shot. Is that possible?"

"As he said many times in many parts of this nation, 'Some men see things as they are and say, 'Why?' I dream things that never were and say, 'Why not?'"

"That's one small step for (a) man, one giant leap for mankind."

"It's a free concert from now on."

"We must be in Heaven, man"

"Four persons including two women were shot and killed in Ohio today. Hundreds of students were involved as National Guard"

"There'll be a killer and a thriller and a chiller when I get the gorilla in Manila."

"I have concluded an agreement to end the War and bring peace with honor in Vietnam."

"There's a drive into left center field. That ball is gonna be, out of here. It's gone. It's 715. There's a new home run champion of all time and it's Henry Aaron."

"I shall resign the Presidency effective at noon tomorrow."

"An absolute pardon unto Richard Nixon."

"My name is Jimmy Carter, and I'm running for President."

"John Lennon was brought to the Emergency Room. He was dead on arrival."

"Today marks day number 64 in the hostage crisis in Iran."

"To my wedded husband."
ARCHBISHOP OF CANTERBURY

"To my wedded husband."
DIANA, PRINCESS OF WALES

"The liftoff of the 25th Space Shuttle Mission, and it has cleared the tower. Roger, and roll, Challenger."
MISSION CONTROL (On 1/28/86 the booster rockets exploded 73 seconds later, killing all seven astronauts.)

"We will never forget them, nor the last time we saw them, as they prepared for their journey and waved 'Goodbye,' and slipped the surly bonds of Earth to touch the face of God."
PRESIDENT RONALD REAGAN (Other quotes)(source of last phrase)

"I have as much experience in the Congress as Jack Kennedy did when he sought the Presidency."
SENATOR DAN QUAYLE (Vice Presidential candidate)

"Senator, you're no Jack Kennedy."
(SENATOR LLOYD BENTSEN of Texas in the televised debate between Vice Presidential candidates. It is hard to imagine how any speech writer could have made such a disastrous blunder. For the young, inexperienced, not-to-bright Quayle to refer to the revered former President so casually as "Jack" was not appropriate. Comparing himself to Kennedy was beyond laughable.)

"Mr. Gorbachov, tear down this wall."
PRESIDENT RONALD REAGAN (to Soviet Prime Minister Michael Gorbachov, referring to the Berlin Wall. This had been erected to separate the Russian and Allied sectors of the city. It kept the West out, but it's primary purpose was to keep East Germans from escaping.)

"I don't think it was wrong."
OLIVER NORTH (Regarding the trading of weapons for hostages, in what came to be known as the Iran-contra affair.)

"We did not trade weapons or anything else for hostages."
PRESIDENT RONALD REAGAN

"I think it was a neat idea."
OLIVER NORTH

"Everyone on Sesame Street is always talking about love. Yuck"

"Hundreds of Berliners from East and West, standing atop the Wall, with chisels and hammers."
PRESIDENT GEORGE BUSH Other quotes.

"The skies over Baghdad have been illuminated."
(CNN news correspondent, Bernard Shaw)

"Read my lips."
PRESIDENT GEORGE BUSH (was followed by "No new taxes," a promise he would not keep)

"We, the jury, in the above entitled action, find the defendant, Orenthal James Simpson, not guilty of the crime of murder, a felony, upon Nicole Brown Simpson, a human being."
FOREWOMAN OF THE JURY (10/3/95. How did this set race relations back a decade or more? What is the best, but least reported, evidence that he murdered those two?)

"Princess Diana died of injuries suffered in a car accident"

"I did not have sexual relations with that woman."
PRESIDENT BILL CLINTON

"Indeed I did have a relationship with Miss Le