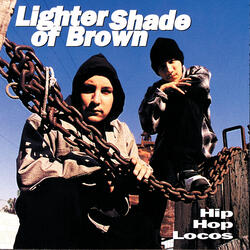 Verse: 1 ( ODM )
Well you ask me what the definition of a homie is
A friend till the end, but some start when you're kids
Little traviesos that are always into something
Doing something bad acting like they did nothing
Well here's a little story about a homie named frankie
Had another little homie that was down for hanky panky
Sort of like Spanky and Alfalfa, Little Rascals
Doing what they doing getting away without a hassle
Like going to the schoolyard for your late passes to class

Cutting in lunch lines leaving other students last
And strolling to the movies to see a rated "are"
When mom's dropped them off it's where E.T. would be the star

My situation with my homies wasn't all fun
sometimes bad sometimes sad, but had to have one
I wouldn't change it for a thing cause it's priceless
Your homies are your down, yup! Can I get a righteous
As kids, we saw and we did what most kids never did
Took my first swig chilling at my homies crib
Searching for ways, so that we could make presidents
Life was hard beign a product of my residence
But me beign the youngest, I had to stay strong
Mom's was my teacher cause Pop's was already gone
Hung out in the streets doing my own thing
Living in the barrio, but I never gangbanged
Coming up was a must, growing up with who I grew up
I found out just who I can trust
Me, Myself, and I not fronting like a phony
I'm true to the game and I'm down with my homies

You want to be my homie well hey I'll tell you something
Hanging with my crew doesn't really mean nothing
Blabbing when I get all toured doing my songs
You gonna want to kick it, well listen up here holmes
It goes way back before you ever knew me
I hung with my friends and not male groupies
Just goes to show everybody where I'm coming from
Hey yo! D' break em off something

( DTTX )
So many people want to hang now that I'm in the rap game
They say that they're down when they don't even know my name
Well I could say that I have many friends
But a homie is true, through and through until the end
And ain't a damn thing changed
We're still hanging in the hood and doing the same thangs
Cause I ain't one to be a phony
I'm still true to the game and I'm down with my homies