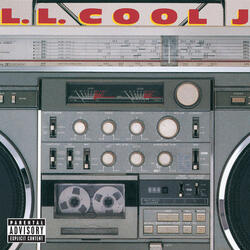 I'm sick and tired of the stories that you always tell
Shakespeare couldn't tell a story that well
See, you're the largest liar that was ever created
You and Pinocchio are brotherly related
Full of criss-crossed fits, you lie all the time
Your tongue should be embarrassed, you're a treath to mankind
That's a lie

You know what my records is about, man
You know how much money we get, man
Come on
(You're a liar)
Me and my man Rick got millions of gold albums
(That's a lie)
I'm getting cold money every day
(You're a liar)
You'll need a wheel barrow for all that shit in my office

You lied about the lies that you lied about
You even lied to your aunt when you went down south
You lied, and a body builder kicked your butt
If you was in Egypt you'd lie to King Tut
You claim to do things no one could achieve
You said you did things Ripley's wouldn't believe
That's a lie

I got this Japanese girl, man
Lee, man, takes good care of me
(You're a liar)
Yo, she's so def, man
Wipes my butt
(That's a lie)
Everybody be beefing, man, about what Rush doing
(You're a liar)
You seen my new Mercedes, man?

Giant Jabber-Jaw, biggest liar I ever saw
You said you got a mansion, you don't got half a floor
Professor of Super Lies, you can lecture at my school
You said you liked Felix Unger,
Sat down at the dinner talbe and drooled
Your story's so remarkable, it shouldn't be revealed
You said you had a Benz, you don't got four wheels
That's a lie

Then you start to lie about things you don't have
You speak of limousines? You can't afford a cab
Said you slapped Rowdy Piper and didn't get a hassle
You promised your girl filet mignon, took her to White Castle
You said you have a lot of women, you don't even know a few
'There are 8 million stories', and they're all made up by you
That's a lie

Rush, man
Gives you the biggest medallion you ever saw
(You're a liar)
It's gon' keep the bullets off your back
(That's a lie)
You know why stations play our records?
Cause the kids'll tear the station apart
Kids'll rip it down

Said your grandmother's 20 when your mother's 25
Said your father beat Joe Lewis, but homebody took a dive
You said you used toothpaste, your teeth are yellow like my gold
A brand new pair of Lee's, that's the skirt your sister stole
That's a lie