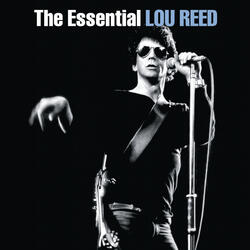 Waltzing Matilda whipped out her wallet
The sexy boy smiled in dismay
She took out four twenties 'cause she liked round figures
Everybody's a queen for a day
Oh, babe, I'm on fire and you know how I admire your
Body why don't we slip away
Although I'm sure you're certain, it's a rarity me flirtin'
Sha-la-la-la, this way

Luscious and gorgeous, oh what a hunk of muscle
Call out the national guard
She creamed in her jeans as he picked up her means
From off of the formica topped bar
And cascading slowly, he lifted her wholly
And boldly out of this world
And despite people's derision
Proved to be more than diversion
Sha-la-la-la, later on

Street hassle
Hey, that cunt's not breathing
I think she's had too much
Of something or other, hey, man, you know what I mean
I don't mean to scare you
But you're the one who came here
And you're the one who's gotta take her when you leave
I'm not being smart
Or trying to be cold on my part
And I'm not gonna wear my heart on my sleeve
But you know people get all emotional
And sometimes, man, they just don't act rational
They think they're just on TV