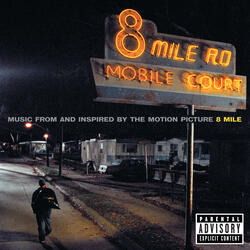 [Chorus]
Its the R rougher than rough that's how I do it
A Allah who I praise to the fullest
K Keep it moving,
I stand alone
M It's my crown, my world, my throne

Aiyyo when Rakim Allah attack, it's a wrap y'all relax
The arm in that, you show me where the party's at
Seminars and tracks, hors, comas, and cardiacs
Broads and cats screaming "Oh my God he's back"
Just imagine, I hit the lab and get it crackin'
A thousand styles in one verse, rhythms will switch patterns
Chicks get stabbed in the back, till they get spasms
Known to spit a magnum, or split an atom
Who woulda known that Jesus would come back to the ghetto
On that level, and that thorough, like a black hero
And pack metal, so rap rebels, will back pedal
The pharaoh of five boroughs, and take over the rap world
Gettin' bizarre, hardcore, this is for y'all
The crib or the park, play it when you get in the car
Chill at the bar, sip somethin' or split a cigar
Get with your dogs, don't be alarmed, this kid is the bomb

Uh, yeah yo, I used to paint this flow, on ancient scrolls
And learn ta, make this dough, where gangstas roll
Think like the late great Capone when the bank is closed
It's cats that claim they bold, but they ain't this cold
I'm from New York City even pretty chicks act up
Niggas get clapped up, you stack up, they stick that up
Put the strap up, you think my name was "Kid Backup"
Big niggas (spittin' noise) pick that up, or lift that up
Raised by gangstas and gamblers, hustlers, con artists
And convicts, killers and dons
Drug dealers, playas and pimps, smooth talkers
Stick up kids, thugs, real niggas and gods
Haunted by every soul that lay dead in the turf
Close by every spirit, that never made it to birth
Since the Moon separated from Earth
That's why they say I'm the greatest that ever orchestrated a verse
It's the

Aiyyo, we toast to that, it's the cat that broke backs
To a soul slap, a smoke a track, how dope is that
Poet for rap, wrote backs that most slack
That know rap before they turned coke to crack
To my dogs hearin' sirens on the firearms
Outcome die in wars or behind iron bars
The boulevard, tire frauds when I evolve
Try and rob, my dialogue, I am God
Chicks moan just to get next to my throne
And sniff my cologne and get Ra alone
Sex pot's at home, I'm testosterone
Caress spots, stress drops, bedrock's the bone
Hit the floor, it's hot for 2003
Hit's galore, who rock a style as wild as me
Rest assured, when I rock dance crowds and scream
Bis-Mi-Allah A-Rahman A-Rahim it's the