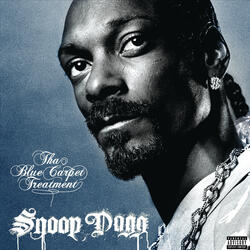 I was chilling,
Right around my way,
21st Eastside of the Beach,
This mother fucker ran up on me,
Talkin' shit with his homies,
Like he was a straight G,
Askin' where I'm from
While he runnin' up,
Gang bang my set on every one of 'em,
Something son they just won't change,
Fools don't respect nothin' but the gang bang,
What's seen is what's on,
Dog is the law
I had you niggas runnin' like a marathon,
Lil' G's tryin to creep on the ease wit' it,
Talkin' 'bout they gon get my chain
And they gon leave wit' it,
But they don't know,
Once they get close
It's tic tac toe,
Three mother fuckers laid on the flo'
(watch out, watch out)
Yea, this happened yesterday
On the west they spray,
I heard a ese say, he said

Vato, you won't believe what I saw,
I saw this pack of guys and they act real hard
(And what they do?)
They twist they fingers, say you know who we are,
He say I don't give a fuck, I Snoop Doggy Dogg
They keep talkin' then it went too far,
So Snoopy he went straight to the trunk of his car,
( And what he get?)
He got his gun and they start runnin' hard,
He started firing and then he just charged,
Run nigga run nigga
Duck nigga duck nigga
Run motherfucker run
Run motherfucker run
Run nigga run nigga
Duck nigga duck nigga
Run mother fucker run

I didn't mean to hit what I hit,
Now that's three mother fuckers dead
And I ain't seen shit,
But these niggas will scream a plea,
But for a G like me
It's just a case, really you could see,
I crack the mack back and pop off rollin',
And smack ya neck back you drop off fallin',
I haven't seen my momma in a week,
And she ain't even ran her mouth about me,
Fuck that, I don't give a fuck about the law,
Niggas say they wanna brawl,
You would think that they were brods,
Believin' all the things that you never saw,
In it ya'll, been a Dogg, smoke you like a menethol,
You think you know, but this can't go,
You think you'll blow, on my door,
What the fuck, No,
See these niggas proceed with speed,
So feel the need to bleed,
All you hear my enemies goin'

I wouldn't be the nigga that I am,
If I didn't pop niggas in they mouth,
God Damn,
And Snoop will keep one foot on the streets,
And leave 'em covered in sheets,
Run wit' dem niggas wit da heat,
Ya never seen a thug like this,
Ya never seen a dub like me,
And I ain't weak fo war and peace,
In fact I could be Beast of the East,
Mother fucka,
I never hesitate to blaze,
A nigga really tryin' to change his ways,
We gotta move our team,
Cuz my people is screamin' that we need mo'
For funnel is illegal,
Ba-ba-bang on this song,
Make it feel like a drive by,
It's a shame but somebody gotta die,
They say it happens state to state,
But when I mob in LA,
All I hear the ese's say,
(They go)