In the third episode of A Captain's Cup, Daniel McHardy talks with Francois Pienaar, the first man to lead South Africa in a Rugby World Cup and the first South African to hoist the Webb Ellis Cup in victory.
Pienaar shares his memories of a very historic tournament in which South Africa came together behind the Springboks as well as the enormous figure of Nelson Mandela.
A Captain's Cup, the story of the Rugby World Cup told by the seven men who conquered it. Produced by Radio Sport, Newstalk ZB and NZ Herald.
Read more
00:0000:00 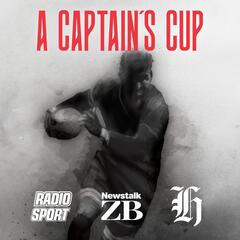