In the sixth episode of A Captain's Cup, Daniel McHardy talks with John Smit, the second South African to lift the Webb Ellis Cup in triumph.
Smit explains where the Springboks were prior to '07 and how they turned their fortunes around in rapid fashion to finish the tournament as rugby's unquestioned powerhouse. A Captain's Cup, the story of the Rugby World Cup told by the seven men who conquered it.
Produced by Radio Sport, Newstalk ZB and NZ Herald.
Read more
00:0000:00 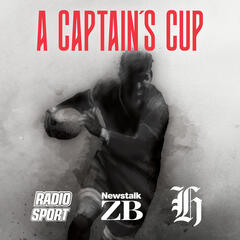