"The Double Header At Blue Balls Stadium" - The Agenda

Should be the 7th of March be a public holiday after BBQing the Aussies in the netty and the cricket on the same day?
Should Christchurch gain independence from the rest of New Zealand so the Crusaders can play international rugby?
Has this audio of Pete Montcommentary jinxed us in the America's Cup?

Social Media Question: Which of the following things would you rather do?
- Play in the front row against the Springboks
- Be opening bat in a test match v Australia
- Do a full race as a grinder on an America's Cup boat
- Do an hour-long podcast alongside Bryan Waddle? 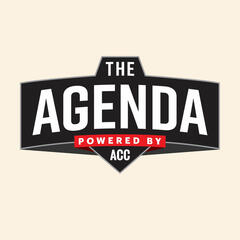