A Conversation with Gennifer Hutchinson E.P. for Lord of the Rings: Rings of Power - Comic Con Meta*Pod

Comic Con Meta*Pod was pleased to welcome Gennifer Hutchinson to the show to discuss her work on Amazon's The Lord of the Rings: The Rings of Power. She wrote the second episode "Adrift." Hutchinson's impressive career began on X-Files and Star Trek: Enterprise. Later she went on to work on some of the greatest series of the golden era of television including Mad Men, Breaking Bad, and Better Call Saul. 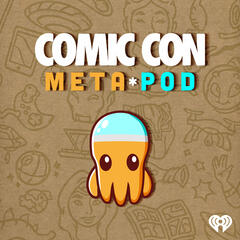