States around the country are beginning to get their army of coronavirus detectives ready to work. In California specifically, the state has teamed up with two universities to train more than 3,000 employees per week to become contact tracers. A robust system of contact tracing will be crucial for states to manage the spread of the virus as they reopen and one estimate says that the country needs 30 contact tracers for every 100,000 people. Rachel Becker, reporter at CAL Matters, joins us for more.

Next, the current lockdown has turned the nation’s highways into speedways. With less cars on the road, people are driving faster than ever, leading to increases of tickets issued for people driving over 100 mph. In some areas, officials are even closing some streets to allow for residents to move more freely. Jim Carlton, reporter at the WSJ, joins us for the open roads.

Finally, murder hornets are a thing, but they’re most likely not coming for you. The Asian giant hornet looks fearsome and can grow to nearly two inches with a stinger a quarter of an inch long. But while these hornets can pack a venomous punch, they mostly target honeybees and have only been spotted in Washington State last December. Sara Kiley Watson, editorial assistant at Popular Science, joins us for what to know about murder hornets. 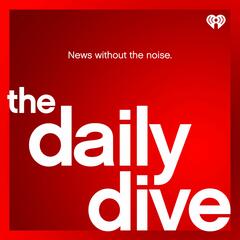