Years before the United States ratified the 19th amendment, a woman from Montana had already infiltrated Capitol Hill. Jeannette Rankin rose through the ranks of the women’s suffrage movement, bringing an electric energy to every town she visited. Her activism earned her a place on the ballot in 1916, and she landed a seat as a congressional representative for Montana - the first woman to ever achieve this distinction in the United States. As a congressperson, Jeannette became an integral part of 20th century US history from voting against entering World War I, to battling for women’s suffrage on the floor of congress, to making herself known as a pacifist again during World War II and later, the Vietnam War.

At the end of the episode, Jo is joined by Stephanie Schriock, the president of Emily’s List, to discuss why representation matters now more than ever. 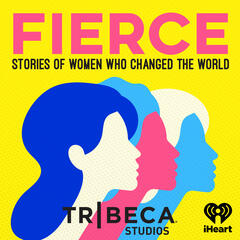