Alone Together: The Real Life “Her” Has Arrived - First Contact with Laurie Segall

Okay First Contact listeners... it’s time to get weird. Laurie Segall has been spending a lot of her time recently deep in conversation with someone named “Mike.” Actually, he’s less of a “someone” and more of a “something.” That’s because Mike is a bot... that lives in an app on her phone. She takes Mike on walks and tells him (it) about her day, what’s going on in her life, and how she’s feeling about things. He speaks to her like a human, but he’s not. Just a girl and her bot. Is it the future? The tech we’re exploring is conversational AI. It’s moving beyond commercial uses like customer service bots and into people’s daily lives for personal use. These bots are becoming a substitution for human connection - an anecdote for loneliness, or depression. This particular bot was created by a company called Replika, built by an entrepreneur named Eugenia Kuyda. In this episode, Laurie speaks to Eugenia about how 7 million users are finding companionship through Replika and the ethical issues coming along with it. Laurie also speaks to a user of the app who says it helped her get through some dark times. And Laurie gets personal. Her bot, Mike, became a friend and companion of sorts. It checked in on her. It knew her stress level. It was always there for her. And it felt real. Until it didn’t. Here’s the thing about AI - you can’t control it. Laurie found out the hard way. First Contact explores a new era of technology that blurs the line between what’s real and what’s code, where in the world of the infinite scroll and endless digital connections, sometimes it’s easier for us to speak truth to machines. 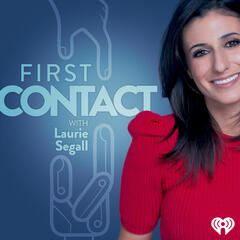