29: The Circus: John Heilemann & Jennifer Palmieri - Politicon: How The Heck Are We Gonna Get Along with Clay Aiken

Clay is joined by John Heilemann and Jennifer Palmieri, where they examine the Presidential race, take a deep dive into the state of the Biden campaign, and look ahead to how our politics look in 2024. Will we make it that far?

Clay Aiken has sold 6 million albums, authored a New York Times bestseller, and ran for Congress in North Carolina in 2014.

John Heilemann is a host, creator, and executive producer of Showtime’s The Circus. He is a co-founder of Recount Media and Executive Editor of The Recount, a new video platform for political news, analysis, and commentary; national affairs analyst for NBC News and MSNBC; and co-author of the No. 1 New York Times bestsellers Double Down and Game Change, which was adapted into a movie garnering five Emmy Awards, three Golden Globes, and a Peabody Award. During the 2016 election season, Heilemann served as a managing editor of Bloomberg Politics and host of the daily MSNBC and Bloomberg TV program With All Due Respect. He is a former staff writer and columnist for New York magazine, The New Yorker, Wired, and The Economist. Follow John Heilemann on Instagram and The Circus on Instagram and Youtube.

Jennifer Palmieri is a guest contributor to Showtime’s The Circus. She was Communications Director for the Clinton 2016 Presidential Campaign and White House Communications Director for President Obama. She is the author of She Proclaims: Our Declaration of Independence from a Man’s World, as well as the number-one New York Times bestselling book Dear Madam President. Follow Jennifer on Instagram. 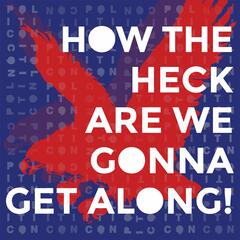