Naughty But Nice with Rob Shuter

Kanye West’s feud with Pete Davidson has intensified with a shocking text exchange. Dolly Parton just announced that she is “respectfully” withdrawing from Rock & Roll Hall of Fame nominations. Taraji P. Henson is speaking out in support of former Empire co-star Jussie Smollett days after he was sentence to 150 days in jail.

Rob’s best pal Delaina Dixon from DivaGalsDaily's joins him today. Don't forget to vote in today's poll on Twitter at @naughtynicerob or in our Facebook group. 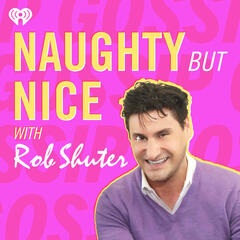