Can I Get A Whitmer? - BuzzFeed Daily

Former President Obama didn’t mince words about the dangers of re-electing President Trump. Steve Brannon, once a top Trump advisor, was indicted for fraud today for allegedly scamming people with a “Build The Wall” GoFundMe. Olivia Wilde is reportedly directing a secret Marvel movie project. Twitter has basically made a teen movie, one character at a time, and Hayes has to do his best to guess who’s who. And Michigan Governor Gretchen Whitmer talks with us about justice for Flint, what role she’d want in a Biden-Harris Cabinet, and the story behind her viral “It’s Shark Week, mother[censored]” moment. 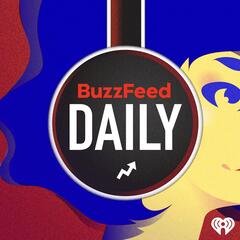