If someone had suggested just five years ago that the day would soon come when the majority leader of the U.S. Senate would co-sponsor a comprehensive bill to legalize marijuana federally, most people would have asked what that person was smoking. But that day has come, with New York’s Senator Chuck Schumer joining with New Jersey Senator Cory Booker and Oregon Senator Ron Wyden in circulating a draft Cannabis Administration & Opportunity Act they say will soon be introduced.

Senator Schumer took fifteen minutes this past Sunday morning to address my questions: Why is he so personally involved in this issue given everything else on his plate? What about first resolving the critical issue, on which most members of Congress already agree, of passing the Safe Banking Act to allow marijuana businesses to work with banks just like all other businesses do? How does he deal with the opposition from not just most Republicans but also a few of his Democratic colleagues as well as President Biden? Will the Senate take the next step on reforming drug sentencing laws? And, by the way, has the Senator ever smoked marijuana?

Listen to this episode and let me know what you think. Our number is 1-833-779-2460. Our email is psychoactive@protozoa.com. Or tweet at me, @ethannadelmann. 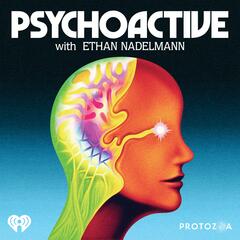