7. Where the Mind Starts to Melt - SNAFU with Ed Helms

Sheer terror about the near disaster recedes over time, and intrigue sets in. Competing theories emerge as Nate Jones and others uncover reports that have been buried in archives for decades. Time casts a new shadow on Gordievsky and Rupp’s Able Archer heroics. Myth, propaganda, and reality melt into one big cloudy soup. Produced by FilmNation and Pacific Electric Picture Co. in association with Gilded Audio. 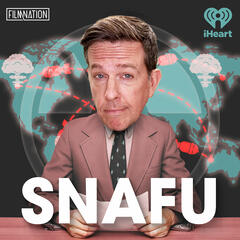