Episode 3: The Police - Somebody

Shapearl enters a legal battle with the City of Chicago, to get them to release videos from the night Courtney died. She contacts a journalism organization called the Invisible Institute and teams up with them to investigate the case. With this added pressure, the city releases the videos, and Shapearl and her family gather to watch. New information prompts the Invisible Institute and Shapearl to re-examine the case.

A co-production of Topic Studios, The Intercept, the Invisible Institute, and iHeartRadio, in association with Tenderfoot TV. 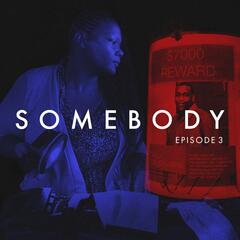