Mark Steyn guest hosts for Rush on Tuesday. Democrat targets event at Mt. Rushmore as white supremacy. July 4, 1776 was a ghastly mistake according to the left. No one has more association with slavery than the Democrat Party. Mark and Patricia McCloskey learned no one is coming to help when the mob comes for you. Black lives are cheap in CHOP. Russia fake news is back with the bounty story. The CDC destroyed its own brand. New York is going broke because of incompetence. Woke Democrats are torching their own history. Conservatives cave to easily hijacked revolution.

Russia-Taliban bounty story is rubbish from top to bottom. Dems, Joe Biden hoping for fatigue vote. Nowhere is more anti-American than an American schoolhouse. Hans Christian Heg was a better man than all of BLM put together. BLM should protect Chicago, not destroy other cities. No nation is perfect. All we know of our history is just the warts. Emperor Constantine statue hate is proof of self-moronization of society. The McCloskeys didn’t threaten anyone, they defended their home and their dog. No one needs woke corporations.

Joe Biden comes out of the basement for odd press conference. WHO is a metaphor for the world, you pay for it, China owns it. China doesn’t have identity politics. Joe Biden sees China, Ukraine as means to funnel money to his family. BLM is creating more racism through its actions. Moderate Democrat caller: We can’t vote for anyone who supports what these rioters and protesters are doing. Erasing history won’t change it. Biden wants mandatory nationwide mask wearing. Significant number of liberals want new flag, anthem and name of the country. A bad faith movement filled with lazy narcissists. Man breaks record for getting hit by wet sponges. 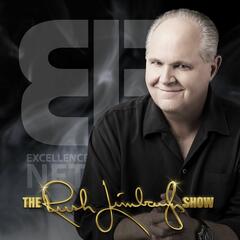