How many things have been #1 for 30 years? Dud of a storm in South Florida. Politics of climate change. U.S. records lowest daily rise of coronavirus cases in weeks. Ratings crash for NBA, MLB after protests. Pelosi attacks the Scarf Queen. Trump video sums up what's at stake in the election. When did Rush know that his show would be a phenomenal success? MLB, NBA are captives of Twitter and the media, think that BLM marketing strategy will help them, do not know who their audience is, and that they do not want to watch anti-American propaganda.

Clippers owner Steve Ballmer: Important to keep sports going so players can speak out on BLM. Professional sports are in bed with Marxist, anti-American organization, not about civil rights. Majority of NFL owners are conservatives. Rush on the early days in Sacramento and the Slim Whitman parody. Elizabeth Drew in NY Times: Scrap the presidential debates. Rush plays the satanic messages in Slim Whitman parody he played in Sacramento. BBC Radio claims Rush started the campaign against global warming in 1991 in coordinated conspiracy with energy companies to sway uneducated white men. 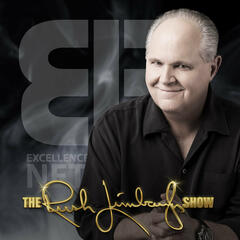