Who Is Bernie Sanders? - Who Is?

Sen. Bernie Sanders is America’s most prominent self-described democratic socialist, and he’s running for president--as a democrat. Born in Brooklyn, Sanders arrived in Vermont via Chicago, where he was first elected Mayor of Burlington in 1981 by a margin of 10 votes. And from the climate crisis to income inequality to his Medicare For All plan, Sanders has been a consistent progressive voice ever since, as mayor, congressman, and finally, senator. But has Sanders had a measurable impact on our democracy? Does he know how to ‘play the game’? On this episode, host of Who Is, Sean Morrow, talks to the Vermonters who know “Bernie” best, including another former candidate for president: former Vermont governor Howard Dean. 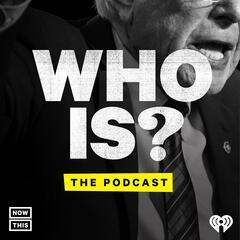