Inside of You with Michael Rosenbaum •
iHeartRadio

Inside of You with Michael Rosenbaum

Last, but certainly not least, Jensen Ackles joins the show to round out our Supernatural Week! Jensen talks about Supernatural coming to an end after fifteen seasons and how he’s glad for the show’s sake that they’re going out strong on their own terms. He also talks about what it was like for everyone to come to an agreement that it was the right time to end things for the integrity of the show, it’s cast, and crew. Jensen opens up about what it was like to pursue acting growing up as an athlete in a sports dominated area like Texas, stories from his time on-set with Rosey appearing in Smallville, and his directorial experience so far in comparison to his career acting.

Thanks to Phat Scooters for sponsoring today’s show. Phat Scooters are the most exciting thing to happen to personal travel in decades. It's the electric scooter so fun you'll want to explore outside everyday. Go to phatscooters.com and use code “phatrosey” to build your custom scooter and enter yourself into a contest to cruise with yours truly. 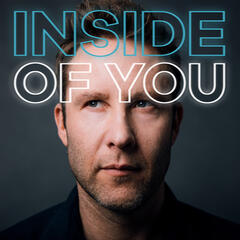