Tell Us The Truth •
iHeartRadio

Tell Us The Truth

Tell Us The Truth Episode 4: Trauma
One of the most significant byproducts of Systemic Racism is Trauma and during this episode we're going to examine how Trauma affects us all including Young People. We start with the Founder and Executive Director of the New Democracy Coalition, Kevin Peterson, who is at the forefront of the campaign to rename a Boston landmark that was not only financed by the sale of African Slaves, but also served as a marketplace to buy and sell Slaves; Faneuil Hall Marketplace. One would assume renaming such a historically traumatic landmark would be met with support right? Well; not so much. Listen as Director Peterson details how many of Boston's top Elected Officials have stood firmly against renaming Faneuil Hall and how their disdain has affected Director Peterson personally.

We then have an eye opening conversation with License Independent Clinical Social Worker Jeff Butts, whose clients are primarily Young People who experience and have committed acts of Violence. How does Systemic Racism impact where we live and a Person's, especially a Young Person's, ability to feel safe. How has LISCW's Butts own children, who are Black and Brown, impacted his view on what Systemic Racism is and why it ultimately needs to be reformed.

There's also listener feedback and a sneak peek into our next episode with a quote from the Executive Director of the Black Economic Council of Massachusetts Segun Idowu.

*Don't forget to subscribe to Tell Us The Truth on the iHeart Radio Podcast App, Spreaker and iTunes/Apple Podcasts.*
Read more
00:0000:00 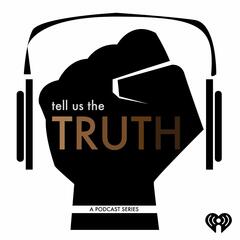