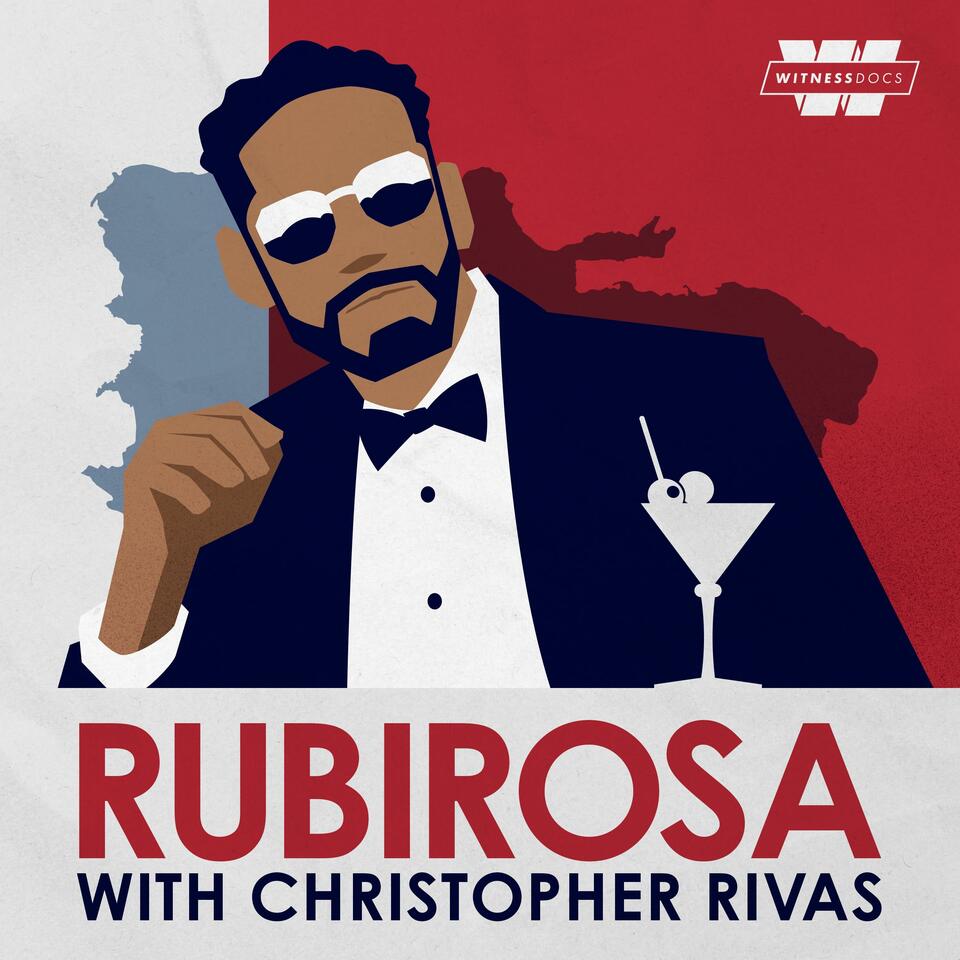 This podcast feed is home to two shows from me, Christopher Rivas. The first is Rubirosa, a ten part documentary series about a man I’ve been obsessed with ever since I learned about him. Porfirio Rubirosa ⁠was a Dominican diplomat, a playboy who spoke five languages, an international polo champion, a race-car driver, a pilot, and the richest man in the world⁠—twice. And he’s the inspiration behind Ian Fleming’s character of James Bond. In the show, I explore how different might my life have been if my hero growing up looked like me. And what Rubi’s incredible and complicated life can teach me about love, success, family, Hollywood, code-switching, white-washing, and the roller coaster of finding my true self in a world not made for Brown folks like me. The second show is Brown Enough, where I continue asking questions like these with other Brown activists, creators and change-makers. Tune in every week for a new conversation. Brown Enough is the stories between Black and white.

Row House is on a mission to reshape the book publishing world. And its founder, Rebekah Borucki, has made it her business to welcome new authors of various backgrounds into it. Today, she talks to Christopher Rivas about stealing a book that changed her life, and how she infiltrated a white industry with her progressive agenda. Plus, we hear the backstory of how that led her to Chris, who has a new book out October 11th called Bro...

Comete ese miedo -- or eat your fear -- is what Pulitzer Prize-winning journalist Maria Hinojosa's husband told her to do when imposter syndrome sneaks up on her. But across her decades long career, she's learned to embrace the pressure. Today, she talks to Christopher Rivas about how her parents' experience in the US shaped how she thinks about this country. Plus, what she hopes for the next generation of Brown journal...

Sad that Rubirosa is over? Well, guess what: Chris isn't going anywhere! Stay tuned for a new conversation every week about what it means to be BROWN ENOUGH.

In this last episode of the series, I visit the Dominican Republic for the first time ever. A trip I think will be about finding closure with Rubi ends up becoming a family reunion I’ll never forget.

The last years of Rubi’s life are as action-packed as the rest. But the mysterious circumstances of his death leave me with some uncomfortable questions.

Rubi’s story inspires me. It’s also a warning to me. And when I finally share his story onstage, I find that it’s bigger than just Rubi and me.

Turns out, most of Rubi’s lovers were white women. Looking at my own life, I realized we had that in common. Things get pretty interesting when I start asking questions out loud.

A Tíguere ⁠— a tiger ⁠— is Dominican slang for a smooth-talking ladies' man who gets what he wants. A guy like Rubi. But what does a Tíguere leave in his wake?

Forget about the white guy in the tux with the British accent. Imagine it’s Jaime Bond, Javi Bond, Bondissimo. Why haven’t Latin Americans gotten to see ourselves up on the big screen?

Rubirosa Episode 4 | What's In My Blood

What does it mean to be Dominican? The good, the bad. I wanna know what’s in my blood. Today, I ask my pops about it. And then I get a lesson on the dark side of Dominican history.

A lover. A race car driver. A polo player. An international jetsetter. One of Rubi’s best friends tells me all about the playboy’s lifestyle. Plus, I look a little deeper into whether the most famous playboy on the silver screen--James Bond--was based on our Rubi.

Meet Rubi ⁠— a bold and bright young man, raised in Paris, who gets close with one of the most dangerous figures in Dominican history. He learned early the benefits of fitting in and playing pretend…and so did I.

The real James Bond was Dominican. No, really! When I found out about Porfirio Rubirosa from a Vanity Fair article in college, I had no idea he would change my life forever.

Imagine instead of James Bond it was…Jaime Bond, Javi Bond, Bondissimo.  Well, guess what, y’all? The white, British character at the center of Ian Fleming’s super-successful franchise was actually based on a Dominican man. This podcast is the true story of Porfirio Rubirosa’s life, told by me, Christopher Rivas.