On The Job •
iHeart

Giving Back To Those Who Served - On The Job

For the Calabrese family, based in Utica, New York, serving their community is a family tradition. In 2013, John Calabrese Sr. and his wife Lori embarked on a new career by opening up their own Express Employment Professionals franchise. Intrigued by the business, their son, John Jr., joined the cause and began doing the important work of matching candidates with companies and vice versa. Along the way, he noted that a lot of the area's unemployed were also veterans - many of them homeless and struggling. So he and his family launched the Veterans Supply Drive initiative, using two repurposed military vehicles to collect and distribute food and clothing, as well as monetary donations for like-minded charities. Twenty tons of donated food later, John Jr has received awards for his important and proactive work. 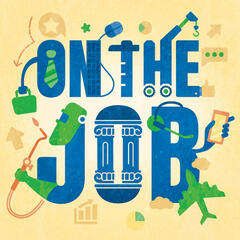