US President Donald Trump has decided to meet violence with violence, and it is being met with heavy criticism.
In response to violent protests across the US, Trump is calling on heavily armed soldiers, military personnel and law enforcement officers to stop the destruction.
Josie Pagani told Heather du Plessis-Allan Trump's methods are frightening.
"It's also deeply cynical, and clearly Trump is running what in effect is an ad campaign for re-election."
Meanwhile, the protests ion New Zealand broke social distancing laws that have been put in place to help eradicate Covid-19.
Businesses however are still needing to abide by level two laws.
Matthew Tukaki says as part of a functioning democracy, people have the right to protest.
"I understand there's a whole lot of people that are furious.
"The fact that the Police didn't go in there and break it up, that it was monitored, we've got to balance the equation out through the right to protest."
Read more
00:0000:00 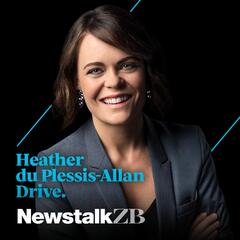