Fresh from getting New Zealand on the medal table in Tokyo, bronze medallist Hayden Wilde has revealed a pre-race message from Black Caps Fast Bowler Trent Boult that helped inspire him to the podium.
Talking to Jeremy Wells and Matt Heath it was revealed Wilde’s coach Craig Kirkwood sat next to Trent Boult on a flight earlier in the week and the Kiwi swing bowler then contacted Wilde before the big race.“To get a cheeky little message from Lovely Trenty pre-race... it was inspirational stuff I tell you that,” said Wilde who then went on to also credit the Matt & Jerry Podcast as something that helped him get through the early hours of training.Wilde also revealed his 10-year plan that will hopefully see him compete in the next 3 Olympic cycles in Paris, Los Angeles and Brisbane. 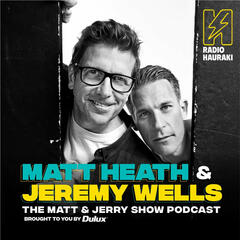