Michael Barnett: How much the latest lockdown could cost New Zealand - The Mike Hosking Breakfast

The re-emergence of lockdown measures could sap over $150 million out of the economy - and an Auckland business leader says firms need to know the Government will look after them.
Based on cost estimates developed by ASB during the previous lockdown, having Auckland at alert level 3 and the rest of the country at alert level 2 costs the economy about $440 million per week - or 0.15 per cent of GDP.
With the current lockdown set to last three days, the cost of the lockdown will be around $188 million lost to the economy.
This will only increase should the lockdown be extended beyond the initial three-day precautionary measures.
The fact that firms have been through this before should prepare us for this latest lockdown development, says Auckland Business Chamber chief executive Michael Barnett.
"Businesses should have had a plan in place, they should have been expecting that at some point we were going to come back here."
However, he said some businesses were still facing economic hardship from the last round of lockdown and was calling for a fresh subsidy to weather this latest situation.
"I think government should send a signal to business that they're going to look after them."
Barnett said hospitality and food and beverage firms were running "close to the line" and this latest snap lockdown wasn't going to help.
He said businesses should have a plan to manage this and focus on their digital platforms to bring money in.
He expected the cost to be "heavy" for some.
"Many businesses took out loans last year, they were in a process of meeting obligations of those loans and they're going to have no income but they're going to have the cost of staff. The quicker the Government send a signal that there's going to be a subsidy or there's going to be support, the greater the confidence that business can get through."
Barnett said it was now a matter of holding out for the vaccine.
"What business has to do is not see this as a disaster but make the three days work. They should have a plan to manage this and they should be looking at how can they use the digital platforms that they've probably created over the last six to 12 months, communicate well with their customers and keep their businesses alive."
How much a lockdown costs
Last August, ASB modelled a range of costs based on different alert levels.
They range from a weekly economic cost of $1.6 billion (or 0.54 per cent of GDP) if the whole country went back into level 4 lockdown, to $166m (or 0.06 per cent of GDP) per week with the whole country at level 2.
The return to higher alert levels would have uneven impacts throughout the economy, Smith said.
"New Zealand was operating at about 95 per cent of capacity at level 1, with the shift to alert level 2 and 3 seeing capacity utilisation fall to anywhere from 80 per cent to 92 per cent of economy-wide capacity," ASB senior economist Mark Smith said at the time.
Sectors that would be particularly affected by a shift back up alert levels included accommodation and food services.
Having Auckland in level 3 carries enormous economic weight.
According to official estimates, Auckland accounts for broadly 38 per cent of NZ's GDP and around 33 per cent of employment and one-third of the nationwide population.
Brad Olsen, senior economist at Infometrics, previously told the Herald that the restrictions placed on Auckland would disrupt much of its workforce.
"By our estimate, around about 28 per cent of Auckland's workforce cannot operate under level 3, that's about 250,000 jobs. We're likely to see that number of people not operating," Olsen said.
In August Olsen estimated the cost of level 3 in Auckland at around $60m to $69 million over a three-day period.
While economies do take a short-term hit from lockdowns, numerous studies have shown that stricter conditions pay off in the longer run.
An IMF study of 52 countries at the end of last year found that a stringent lockdown leads to a reduction in cumulated infections of about 4...
Read more
00:0000:00 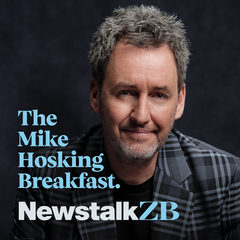