Chris Hipkins is vehemently defending the Government's stance on the Covid-positive KFC worker and her family.
The sister of a Papatoetoe High School student says she wasn't told to isolate - before testing positive.
But Prime Minister Jacinda Ardern claims she broke the rules, and up to 15 attempts were made to contact the family.
In a fiery exchange with Heather du Plessis-Allan, Covid Response Minister Hipkins denied an apology is justified or that they had contributed to a pile-on.
"It's a bit of a Catch-22 for the Government here. If we don't share information about what's happening, we get accused of being secretive.
"When we do, we get attacked for it. There's no win here for us."
He says roughly 15 attempts were made to contact the family that failed - and none of them tested.
Hipkins says everyone around the country knows that if someone in their household has symptoms and has been asked to get tested for Covid-19, they shouldn't go to work.
"That has been the clear expectation of everybody since the beginning of our Covid-19 response."
He says that if the family had communicated with health officials, they would have had this information reiterated.
This is a look at who was told what when:
February 14 - the outbreak
Three people in one family test positive - including a student at Papatoetoe High School.
1.30pm - Hipkins and Bloomfield hold a press conference. Bloomfield directs staff and students to get information directly from the school.
8pm - After another press conference about moving Auckland to alert level 3, the Ministry of Health says:
"All other students, teachers and members of the school community should also stay home, call Healthline to arrange a test, and stay at home until they return a negative result."
Auckland Regional Public Health Service sends three different letters to parents, depending on whether their child has been identified as a close contact.
The letter sent to Case L - whose sibling is not a close contact - linked to an information sheet for casual contacts which said:
"Your household members do not need to stay at home or get tested, unless they are also Casual-plus or Close Contacts, or they develop symptoms".
Students are also sent a text message telling them "casual contacts to isolate and test (their families don't need to)".
Case L told Newshub the text was the last piece of communication she'd seen which is why she went to work that weekend.
February 15 - Auckland is in alert level 3
Because Auckland is in lockdown everyone is isolating but on the Papatoetoe High School Facebook page deputy principal Ben Claxton told a parent that families didn't need to be tested.
February 17 - lockdown lifts
Auckland Regional Public Health sends another email to parents and guardians which said household members were "encouraged to stay home until Monday" February 22.
It also said "all household members should work from home if they can".
February 17 - lockdown lifts as two more cases uncovered
Two more Papatoetoe High School students test positive for Covid-19 - one is a classmate of the first case and the other is her sibling.
The school is shut again and Auckland Regional Public Health sends another letter to parents saying: "Everyone in the school community – staff, students and household members – is asked to get a test, if they have not been tested since Feb 15."
All household members are also "encouraged" to stay home until Monday.
"All household members should work from home if they can."
All students and staff are told they can't return to school on Monday without a negative test.
And anyone with symptoms is asked to stay home and get tested.
February 18
The school posts a message on its Facebook page translated into English, te reo Māori, Vietnamese, Samoan, Chinese, Tongan and Hindi, saying all students need a negative test before returning to school.
February 19
Another letter from Auckland Regional Public Health is sent to parents reinforcing that their child needs a...
Read more
00:0000:00 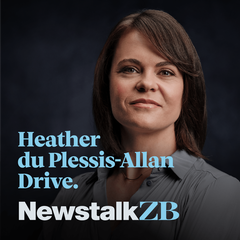