A simple experiment with Caterpillars
Last year I made mention of the abundance of Gum Emperor Moth caterpillars in the collective Eucalyptus trees around New Zealand; Well to be a bit more precise: from Canterbury north! These absolutely fascinatingly pretty larvae are huge, colourful and prickly and strong in their legs, and belong to the Silk moth Family. They feed on Gums, Liquidambar and (South American) Schinus molle trees (all are un-related to each other – how weird!).This year we had heaps of eggs again – big eggs in large strings, laid on the leaves. And we noticed that the tiny black caterpillars literally ate most of the leaf-surfaces around the eggs, but left the eggs alone!I suppose it’s a strategy to not kill your brothers and sisters before they hatch from their eggs… but how do these siblings know that? I think the mother moth secretes some oily substance around each eggs that she lays – you can see the shining discolouration around each egg. Even fully-grown caterpillars will chew around the site where eggs were laid, so the deterrent effect must work for weeks.The small “instar” caterpillars are black and extremely hairy and very visible on the blue-green Eucalyptus leaves. I think their hairiness protects them from predatory birds, although shining cuckoos are possibly not deterred by such hirsute prey. We observed them staying on the lower, smaller and younger leaves, often in large clusters of their cohort.Once they moulted their skin a few times, they started to disperse a bit more. They also lost their black fur and begun to look more like the older caterpillars: blue-green colour with spiky, coloured protuberances on each body segment.
From this moment onwards we felt that they were being targeted by birds – we found fewer and fewer of them, so we (Julie’s idea!) took three inside the kitchen a reared them on Eucalyptus foliage which we refreshed every three days or so: one small caterpillar and two medium-sized ones.
And they eat!!!  Eat!!!


Suddenly you realise how much educational stuff you get from raising these critters:
Swap Eucalyptus leaves for Liquidambar: They wouldn’t touch it! Not even when they got hungry!
Theory: once they started their larval life on Gum trees they stuck with that host plant. Next year I start raising them on Liquidambar and see what happens if I reverse the choice to Gum.When the caterpillars change their skin (moulting) what happens to that old skin? You can’t find it anywhere!
Many caterpillars eat their old skin and with this huge silk “worm”, it is no different; As soon as they have “walked” out of their skin, they turn around and start to nibble at it. They will not squander the micro-nutrients contained in that old skin – Nature does not know the concept of waste.
There’s a video clip of the caterpillar eating its old skinThese caterpillars are constantly evacuating their slow-release fertiliser pellets – I collected them from the early days (1st instar) to the biggest (last instar) and you can now take measurements and average weight for the whole duration of the larval development – graphs, maths, statistics!And then there’s the chrysalis: You’d expect some soft silken cocoon (just like the oriental silk moths make)  No…  just rough, tough, brown Aussie stuff. I expect it helps them through the hottest times of the day and the coolest winter days, without losing too much moisture as metamorphosis takes places.There is a softer, “weak” spot in that sturdy cocoon: it is the spot where the hatching pupa pushes itself out of that cocoon in spring… to start life as a beautiful and impressive, large moth. I have seen the caterpillars spin their cocoon (see video), but haven’t had the time to sit there watching all night to discover how they make these “weak spots”.Another Day… another Night… another observational experiment!
Read more
00:0000:00 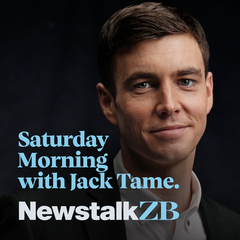