If you’re crafting plans for some fresh and sublime adventures this spring and summer, sun-splashed Tasman Bay, at the top of the South, is a spell-binding proposition. Tickle your toes in the golden sand, savour drool-worthy food, feast your eyes on the burgeoning arts trail, graze from the vineyards and famed craft beer scene or try your hand at some enthralling soft adventure. Cable Bay Adventure Park certainly ticks all the boxes for thrilling outdoorsy adventures. Champion multi-sporters Richard and Elina Ussher took over the 400-hectare site three years ago – and it’s continuing to charge ahead in leaps and bounds. Their vision is driven by an abiding desire to be great custodians of the land. Their nursery is pumping out over 50,000 native seedlings a year, powering the afforestation programme, complementing the remaining ancient native forest which enrobes much of the property, boasting some seriously impressive old-growth podocarp specimens.
Totara was previously felled extensively on the site. I stopped to admire a magnificent carving of Tane Mahuta, carved out of a totara that was felled on the property 50 years ago. One of the best ways to appreciate the verdant splendour at Cable Bay is to enjoy a fling with the park’s signature attraction, the Skywire. The tour starts with a 4km ride in one of their 4-wheel drive vehicles, passing through pristine native forest. The Skywire is set 300m above the base café, serving up delirious views of Cable and Delaware Bays, the western ranges and north towards D’Urville Island. Billed as the world’s longest flying fox experience, this 3.2km ride hoists you across the canopy, 150 metres above the forest’s wondrous mosaic of green.
The Skywire seats up to four “flyers” at a time, not dissimilar to a chairlift, with around 1000m of gravity assisted free-wheeling, reaching speeds of up to 100km, before the ride beats to a more sedate pace allowing you to drool over the scenery, while filling your Insta-feed. Then you do it all again – backwards. I adored it. There’s no other ride in New Zealand quite like it. The park also boasts its own dedicated paintball area, Argo amphibious vehicle rides, quad bikes tours and bike trails – which are constantly expanding. Remarkably, access to the park’s MTB trails is free, so you either bring your own bike for a blast, or hire a bike from their full fleet of suspension trail capable e-bikes, mountain bikes and kids’ bikes.
There’s even a shuttle service to whisk you to the top of the trails. All of the trail networks are built by a small and passionate group of volunteers with a real focus on minimising the environmental impact on the areas they’re traversing through. Just 15 minutes from Nelson, Cable Bay Adventure Park is an escapist destination in its own right. https://www.cablebayadventurepark.com/
Eager to hit the pedals around the shoreline of Tasman Bay, I hooked up with Andrew Schwass and the team at Kiwi Journeys. This locally owned and operated family business is the region’s trusted local cycle tour operator, specialising in self-guided and supported tours on Nelson’s Great Taste Trail and the West Coast Wilderness Trail. They have handily located bases strung across the region, at Nelson, Mapua Wharf and Kaiteriteri. They are the go-to for everything you need to enjoy these rides - including the region’s biggest range of quality bikes, including new e-Bikes, trail bikes, mountain bikes and family equipment. Andrew kitted me out with an Avanti e-Bike for my fabulous foray on the Great Taste Trail from Richmond to Mapua Wharf. The entire trail is a whopping 174km-long circuit, bit it’s tastily arranged into manageable sections, including my romp which was an easy 20km ride.
After fortifying myself with a delicious Tahuna Light Pilsner and pizza at Eddyline Brewery, I struck out on this splendidly designed trail, traversing the languid Waimea Estuary, which was bustling with wading and sea birds. The wonderfully wobbly Waime...
Read more
00:0000:00 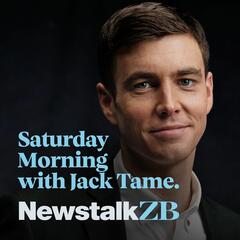