As we slide into the Easter weekend, we mustn’t forget clocks go back an hour on Sunday. There goes the long lighter days, the BBQ’s and eating outside, the late night warm walks, as we head into the cooler months and darker evenings.
It’s controversial daylight saving, for many reasons. I like when it changes back personally, as an early shift worker who gets up in the dark anyway, it just means it’s darker earlier at night when we go to bed.
So it feels like night time comes around quicker. Long summer nights make it hard for early shift workers to tootle off to bed, you kind of feel cheated. Like you’re missing out on stuff. It’s also good for parents of small children too, the darker nights – in terms of settling littlies into bed and not having to worry about black out blinds or convincing them it’s night time when the sun’s still shining outside.
It is of course an extended daylight savings we get these days though, former United Future leader Peter Dunne ran a successful campaign to have it extended by three weeks, back in 2007.
So we now have six months of the year on ordinary time, six months of the year on daylight saving time. Peter Dunne says extending daylight saving was down to public demand – people enjoyed having longer days in the warmer months to enjoy the outdoors and the extra sunlight hours.
42,000 New Zealanders signed a petition supporting the extension back in 2007. There are those of course who’ve railed against it, some oppose the disruption to their circadian rhythms, adjusting sleep schedules for young children every six months, some argued animals don’t like it, some bizarrely worried about their curtains fading with too many long summer evenings.
But the majority of people seem to favour a longer daylight saving and eeking out the summer months. Dunne says regular polling showed no fewer than 80 percent of people were in favour of daylight saving. But as of Sunday we bid it farewell.. we retreat back into normal Autumnal time.. on the slippery slope to winter.
The BBQ’s get packed away, the outdoor furniture covered up, the heaters get dragged out. I must be weird because I’m a fan of winter too though actually.. boots, jackets, hunkering down, rain for the paddocks.. I’m all over it.
And although summer lovers will lament the end of the warmer lighter nights, we do of course adjust gradually and get used to it as our bodies adapt. Shift workers usually feel a bit jetlagged for the first couple of weeks though. But just think of it this way, it’s only 6 months until we’re back in it again.
Read more
00:0000:00 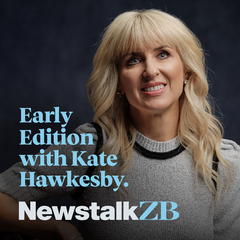