Tim Dower: If more police need to carry firearms, so be it - Early Edition with Kate Hawkesby

The comments made by the Police Minister in her interview with Mike Yardley have to an extent obscured the important discussion.
Poto Williams told Mike she does not support general arming of police; and I don't like it much myself.
But the Minister shot herself in the foot with her reasoning, and the comments she went on to make about what she said were the communities she represents.
Now National's accusing Williams of not backing her own officers, and saying she should be sacked.
And she probably should go. She obviously doesn't have a clue.
I personally like the fact that our police don't routinely carry weapons, or at least that they don't routinely carry a handgun on their hip that we can all see.
There are lots of studies that show when police are routinely armed criminals are more likely to carry weapons.
And once you've got used to carrying a weapon it's not so much of a leap to use it.
When you go to a country where police carry handguns you notice it right away it changes the dynamic between the police and the public.
The fact is our police do routinely carry firearms in locked boxes in their cars.
They have to.
We've seen only in the past few weeks some incredibly brazen cases; people producing guns in the streets, people ramming police cars in broad daylight, guns pointed at police, guns being fired at police.
Maybe what we really need is a change in the dynamic between police and the public.
Or at least a change in the dynamic with an element of the public.
Bottom line: we're asking men and women to go out on the mean streets, mop up the violence, and protect the rest of us from bad people.
We in return have a duty to give them the tools they need for the job.
And if the tools on some of those mean streets now are firearms, then I'm sorry to say so be it. 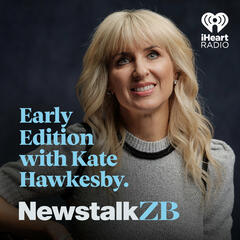