The Executive Innovation Show in collaboration with the non-profit Humans Helping Humans debuts the series “Mental Health is Health!”, in honor of Mental Health Awareness Month. In this episode, Carrie Chitsey speaks with Scilla Andreen and Robyn Shumer.

Scilla Andreen an award-winning TV and film industry veteran and CEO and co-founder of IndieFlix; a global, subscription streaming and screening service that focuses on content for a purpose. She is also the director of the newly released LIKE, a documentary about the impact of social media on our lives and the producer of Angst an IndieFlix Original documentary that opens up the conversation about anxiety and mental health. She is on a mission to change the world with film.

Robyn Shumer is the founder of “What’s Your Story, LLC,” a community storytelling initiative about life-changing moments that also raises money for non-profits. She is a TEDx storyteller who waited over 30 years to tell the story of the anorexia that she developed at 11 years old, her lifelong management of an eating disorder, and ultimately, her complicated path to motherhood.

Listen in as we discuss topics such as:

Learn more about “What’s Your Story, LLC”. WYS creates engagements while fundraising for non-profits. It’s a fundraising solution that is available for all. 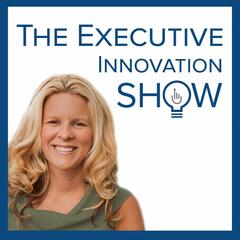