Dustin Plantholt’s “Life’s Tough—You Can Be Tougher” podcast this week features Calvin Ayre, visionary entrepreneur, online gambling pioneer and founder of the Ayre Group and Bodog entertainment brand—the success of which made him a billionaire.

Born on May 25, 1961 in Lloydminster—a Canadian city straddling the provincial border between Alberta and Saskatchewan—Calvin Edward Ayre grew up on a farm outside Lloydminster, and graduated from high school in Salmon Arm, British Columbia. In 1984, he received a Bachelor of Science (BS) in general sciences from the University of Waterloo and added an MBA in management finance from the City University of Seattle in 1989.

In 1992 and in his early thirties, after reading a newspaper article about a Caribbean-based company offering betting services over the telephone, Ayre concluded that gambling was tailor-made for the internet. A self-taught network design expert, Ayre converted his Vancouver-based Internet incubator company into a software support firm for online gambling—which eventually became Bodog. Although he licensed his software to several online casinos, he soon realized the real money was in running his own gaming operation. His gambling business—based in Costa Rica—was setup in 1996 and Bodog.com was established in 2000.

As the face of the Bodog brand, Ayre’s public profile increased in the mid-2000s as he chose to make himself the focus of Bodog’s marketing strategy and creating a public profile designed to showcase the trappings of a jackpot-winning lifestyle. The image he fashioned earned him the reputation as a man who likes to party. Ayre’s notoriety increased as online gaming’s popularity surged, landing him on the cover of Forbes magazine’s 2006 annual Billionaires edition and Star magazine’s “Most Eligible Billionaire Bachelors” list in late 2007.

As the brand grew, Ayre sought to build Bodog into not only one of the largest online gambling brands but also a “mainstream 21st-century digital entertainment conglomerate”. He launched several non-gaming properties under the Bodog brand including BodogConference.com in Las Vegas for sports handicappers; Bodog Music record label which spawned the Bodog Music Battle of the Bands television series on Fuse TV; Bodog Fight, a mixed martial arts league incorporating a television series and live pay-per-view events; and Calvin Ayre WildCard Poker, a televised poker series on Fox Sports Net featuring pro and celebrity players facing off against online qualifiers. In March 2006, while filming party scenes for the first-season finale of Calvin Ayre WildCard Poker at his compound outside San Jose, Costa Rica, Ayre’s home was raided by an estimated 100 police who were under the mistaken impression gambling was taking place. Ayre, who was not charged, used his marketing savvy and the media spotlight provided by the raid to promote the series and the Bodog brand. He made light of the raid, claiming the police “ate half my buffet.”

Ayre’s involvement with cryptocurrency and Bitcoin was brought to light when in June 2016, Andrew O’Hagan published a writer’s account of the background behind Craig Wright publicly asserting himself to be Satoshi Nakamoto, the inventor of Bitcoin cryptocurrency. He revealed Ayre to be part of the business operation behind this affair, possibly even its ultimate organizer and the financial backer of the $30 million acquisition and development of Craig Wright’s assets. In August 2017, Ayre acquired cryptocurrency news site Coingeek.com and in September 2017 became a Bitcoin Cash (BCH) supporter. In July 2018, Ayre’s crypto-mining operations Coingeek became the world’s largest Bitcoin Cash miner and in November 2018, Ayre threw his support behind the new Bitcoin SV (Satoshi Vision) cryptocurrency, based on his belief that BSV is “a currency, not an asset just to be held, and has real utility.” Ayre predicted that the original Bitcoin (BTC) would “go to zero value as it has no utility, it doesn’t do anything and its supporters intentionally are anti-scaling.”

A foremost philanthropic at heart, Ayre has supported charitable causes including the LA Lakers Youth Foundation and actress Shannon Elizabeth’s Animal Avengers organization. In 2005, Ayre formalized his charitable efforts and founded the Calvin Ayre Foundation which chose to focus on areas including animal welfare, the environment and education for the disadvantaged. The foundation has supported needy families, elementary schools and physical rehabilitation centers in Costa Rica, worked with groups to combat bear bike farming in Asia, and provided funding to enable individuals to pursue higher education in Antigua. The foundation has also donated hundreds of tho 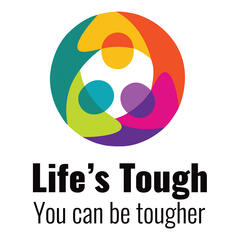