Dee Snider with Tom Beaujour and Richard Bienstock, authors of "Nothing But a Good Time" - Lipps Service with Scott Lipps

Scott sits with New York Times best selling authors Richard Bienstock and Tom Beaujour to reminisce about the golden age of hard rock in the 80’s. They are joined by the iconic Dee Snider of Twisted Sister for the first half of the interview. Dee, always outspoken, talks about his love for the time period and the trials and tribulations that Twisted Sisters had to go through to make it in the 80's. They first started discussing Twisted's early club days, the use of make up, some of their first shows and a few infamous stories.

Rich and Tom speak about a few similarities in her career as it pertains to the book. They touch upon when the scene disbanded, Nirvana entered the picture and how everything from homogenization, fashion and Grunge had a role in its demise.

Tune in and enjoy! 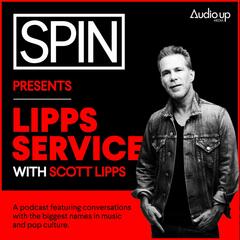