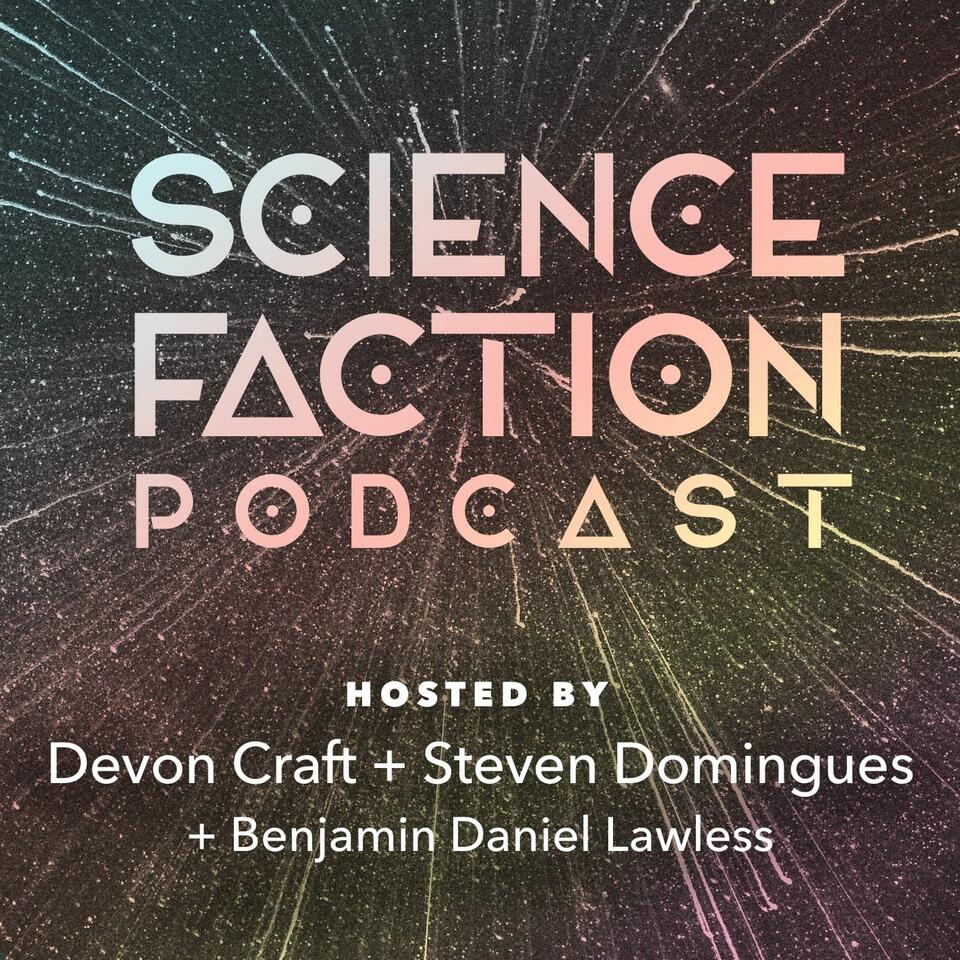 A science and science fiction based podcast hosted by two high school friends, and two college friends. Listen and learn and geek out. In this podcast, science meets fact, meets fiction.

This episode contains: Devon is absent due to fear. Ben has lived with Devon but Steven has helped him move more often and has bought him two gaming consoles. We then move on to our thoughts on Black Friday, Ben’s book designing and vaccines for kids.

It Glows! Photoluminescent substances could be applied to sidewalks, streets, and buildings. A new generation of luminescent materials has the potential to cool cities by re-emitting ...

This episode contains: Kids these days get the whole week off for Thanksgiving? Ben had time off and he spent it on himself. Nobody went to the hospital or died. What do you do when no kids are around? Steven plays Caves of Qud and watches Ghostbusters: Afterlife. Special guest Devon Craft tonight for the back half.

A grab bag: What next? 22 emerging technologies to watch in 2022. We have a bunch of short subjects that are really c...

This episode contains: Steven wants us all to be Nice Boys again. Ben received his 3rd Covid shot. Devon has had some time to himself.

Take the Midnight Train Down to Anywhere: Can we use big batteries to power our trains? In a California-based study, researchers look at the possibility of electrifying rail-based freight.

Walking on Sunshine: We cha...

This episode contains: Devon now lives in the woods, cleaning up limbs — you know, to celebrate Halloween. Devon ate all the kid's candy and bemoans adult refreshments that don't have alcohol. "Do they even make drinks for adults anymore?" Devon sleeps instead of podcasting. Vaccines are now ready for kids aged 5-11. Ben has his first appointment with a therapist, and he talks about why. Right now, your mental healt...

This episode contains: Ben is still figuring out what is wrong with him, but he ruled out his liver. Steven has some sick kids, but also a LEGO Batmobile, so it evens out.

No science talk this week!

Science Fiction:  Steven and Ben talk about the newest Star Trek show, Star Trek: Prodigy. Ben has watched it many times, and Steven only a few minutes, but that doesn't stop them. It's an action...

This episode contains: Rain! It's been raining in California which is a nice change from all the fires. Ben has had some tummy trouble. Devon updates us on the mysterious hiking deaths from this summer.

I've Been Waiting For This Moment...: VR treatment for lazy eye in children gets FDA approval. 88% treatment plan success rate, up from 50% with regular drops and eye patches.

Here Comes the Sun: To watch a comet form, a spacecraft could tag along for a journey toward the sun. 'Centaurs' near Jupiter could provide unique opportunity to learn about solar system.

This Episode Contains: We join Ben in saying goodbye to the best good dog, Apollo. Devon has been sick working, we talk about why. Steven went to a pumpkin patch, and bought a pumpkin for his chickens.

I saw it it written and I saw it say, pink moon is on it's way: Lunar samples returned by Chang’e-5 tell of recent volcanism. Oceanus Procellarum was likely to be deposited about two billion years ago, according to Chinese sample...

This episode contains: PUMPKIN SPICE. Also, we have a patreon page: https://www.patreon.com/sciencefactionpodcast

Skepticism 101: We talk about how a helmet and a bullet-riddled plane perfectly demonstrates survivor bias. It's nice to keep your skeptic toolkit up to date and remember all the fallacies you shouldn't fall for.

This episode contains: Devon joins us from Texas! Steven and Ben talk about Chess and r/AnarchyChess. Steven reveals that this podcast is, indeed, a tragedy.

Snakes, Why Did it Have to be Snakes?: Modern snakes evolved from a few survivors of dino-killing asteroid. 'Creative Destruction' allowed snakes to diversify into new niches.

The arena is empty except for...

Doom and Gloom: The warming climate is causing animals to 'shapeshift'. Several species of Australian parrot have shown a 4%-10% increase in bill size since 1871. Steven attempts to soapbox climate change again, but Skype has other ideas.

Not Ponytails or Cottontails no, Ducktales. Woo-hoo: A duck named Ripper learned how to say “You bloody fool!” in 1987. In depth analysis of a recorded musk duck named Ripper reveals a shocking truth, he's probably lonely.

This episode contains: We talk about King's Cross Station and it's significance on September 1st. Steven and Devon hung out recently and played Dungeons and Dragons.

Episode 364: Smooth as an Android Bottom

This episode contains: We recorded late this week, but we still have covid and cockroaches in our lives.

This Week in Space: Will it be safe for humans to fly to Mars? Mission would be viable if it doesn't exceed 4 years. We don't have a good way to shield cosmic radiation.

Objects in Mirror are Smaller than they Appear: Millimeter-tall 'mountains' are o...

This episode contains: We talk about how crazy of a weep we've been having. Ben's son broke his arm, Steven went to a high school reunion and for some reason we're still teaching cursive writing in schools.

That is a Spicy Meatball: Humans just generated nuclear energy akin to a star. What can humanity accomplish with an abundance of laser beams and tiny hydrogen fuel pellets? Almost ignition. Also, the lab that did thi...

This episode contains: Steven is not a robot, Devon saw some co-workers, and Ben is reading. Onward to science!

This Week in Space: The space station incident was far worse than NASA admitted, Russia’s newly-docked Nauka module accidentally fired its thrusters. NASA flight director Zebulon Scoville had to declare a spacecraft emergency. Everyone is fine now. How are you?

This episode contains: Devon's opens up about a delicate operation he had performed, as well as something about himself that he has never told anyone, not even his wife!

Now Wouldn't You, Baraccuda: Giant sea bass are thriving in Mexican waters. Scientific research that found giant sea bass to be critically endangered stopped at the US-Mexico border. We talk about data, sampling errors and how much they can affect scientifi...

This episode contains: We start this episode with quite a ramble. We cover Homestar Runner, the age of the internet, spotify, restaurants closing for covid, Mr. DNA, youtube comment sections, Devon committing 0 murders, and the delta variant. It takes us too long to get to the science.

I would have gotten away with it, if it weren't for you scientists!: Kids are using soft drinks to fake positive COVID-19 tests. We talk about h...

This episode contains: Devon isn't here, he's in Las Vegas. Ben got kicked out of chess club for talking. Steven was gifted a jacket by Devon like 20 years ago and they are probably dating.

A Double Kick Drum by the River in the Summer: Minuscule drums push the limits of quantum weirdness. Vibrating membranes provide the first evidence of quantum entanglement in macroscopic objects. They used quantum mechanics to hack quant...

Episode 358: Mash It All Together

This episode contains: We had a massive BBQ! All of your favorite hosts were together and Ben and Steven are here to tell you all about it. Steven panic bought a LEGO set and Ben  has the best DropMix collection.

Brain Matters: 'Neuroprosthesis' restores words to man with paralysis. Scientists are translating signals from brains, to the vocal tract, directly into words. It is astounding.