Steve Larsen: Hey, what's going on everyone? This is Steve Larsen. I have a very special episode for you guys today. I have a guest that I'm bringing on the show. His name is John Ferguson. John Ferguson is an expert in face to face selling of MLMs. He's been hired and worked for the Rich Dad company. He has been ... He's one of the guys that MLMs hire and bring in to help improve their entire sales process. He creates scripts to help sell products, he helps scripts ... He create scripts that lets you sell your MLM product in a way to people you've never met before that is not pushy. So I'm very excited for him to be a here. It is a treat to have him and please take notes on this. This is not your normal kind of a thing, and I had to beg him to get on the episode here. So I'm excited. Let's go ahead and jump into the episode today.
So here's the real mystery. How do real MLMers like us [inaudible 00:00:48] and only bug family members and friends, who wanna grow a profitable home business, how do we recruit A players into our down lines and create extra incomes, yet still have plenty of time for the rest of our lives? That's the blaring question and this podcast will give you the answer. My name is Steve Larsen and welcome to Secret MLM Hacks Radio.
You guys actually have a really special treat. I'm excited. I have a guess on the show with me today and his name is John Ferguson and literally every time I speak with him, I feel like I learn and I grow, and there's different things that I learn about the MLM industry. I learn about what he's doing and frankly, it's amazing, the resume that John has and I wanna bring him on the show here and give you guys a chance to be elevated for ... with what he's being doing. So without further ado, John how's it going?

John Ferguson: Doing fantastic Steve and I'm super stoked to be here. I'm glad you invited me on. I am ready to deliver and I appreciate that introduction dude. I feel like a hero already.

Steve Larsen: You are. I feel like ... I don't know. Every time I speak with you, you're like, "Oh, yeah. I helped ..." I don't know if I can say this, "Yeah, I helped Robert Kiyosaki. I helped this huge person over here. I set this MLM up over there." Like what? Like you've been doing a ton of stuff.

John Ferguson: Yeah. I've kind of tried ... I've played the backend role for a number of years, where like you mentioned the Rich Dad organization, I really played that backend role. If you think about like Batman, he's got not Robin, which was the sidekick, but Alfred. Right?

John Ferguson: The guy that's making sure all the gadgets work, make sure that Batman's not getting himself into trouble and it's really a role that in the past, has really helped a lot of people like people you just mentioned. So I ... It's a lot of fun for me to see others succeed with the systems and tools and the coaching and mentoring that you offer them. So yeah, it's been an awesome career so far.

Steve Larsen: Now I wanna be able to go through kinda how you got into this and did it and all, but could you just ... For everyone else on here, if they don't know the amazing John Ferguson, could you just give us a run down of what it is that you actually do when you say Rich Dad organization and the other ones you've worked with?

John Ferguson: Yeah, certainly. So what I do is I help closers sell more. Okay. I help individuals who've never sold in their lives sell their first sale. When it comes down to network marketing and multi-level marketing, I find there's a lot more nurturers than really the A type personalities, and for me what we do, is we take individuals by the hand, we guide and we direct them through selling without selling. And I know that sounds kinda weird, 'cause you're like, "What's selling without selling? Like you've gotta sell." Right?

John Ferguson: What it is, is I remove the ... we remove the animosity by helping people learn an evaluation process like stepping people, rather than just going in like a hardcore close.

John Ferguson: [inaudible 00:03:52]. So that's really what we do. We ... In the past like with the Rich Dad organization, I came in and contracted as a trainer and I worked a number of years, where we took their telemarketing, their speakers, their trainers, their coaches and really developed them in some better methods of asking better questions to help get to the root of the desire and the needs of people and then we can deliver that, through the products and services that we offer. And the cool thing about MLM is that there are so many people that need so many things and I buy so much stuff from network marketing companies. I think I'm like ... on like an auto ship for like seven different ones. It's not that I sell their stuff. It's that there are so many wonderful products out there, I wanna help other peop 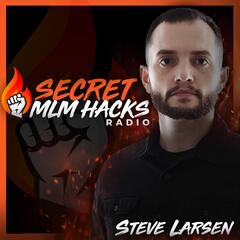