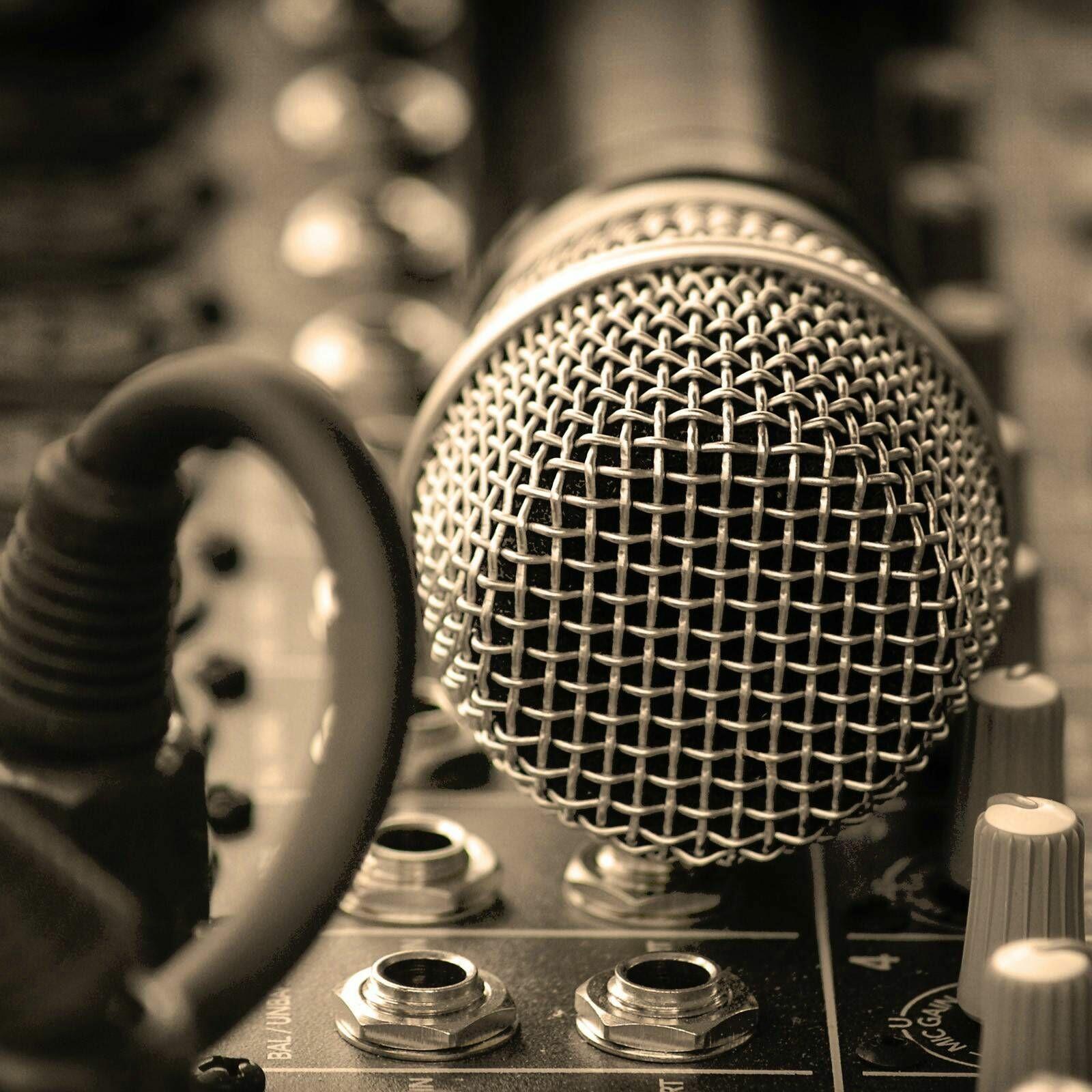 Springline Radio Players is part of one of Oxfordshire most exciting and innovative amateur dramatic groups, Springline Productions - www.springlineproductions.com, which was formed in 2007. With numerous pantomimes, variety shows and village events under our belt, it was inevitable that we would turn their hand to "Steam Radio" and with SoundCloud, YouTube and iTunes we are able to present to a wider public base. The idea of the Radio Players started several years ago but with the improvements in digital recording equipment including dramatic price reductions, couple with a partnership with Gobo Theatre Foundation - www.gobotheatre.co.uk, a charity created to help, support, mentor and inspire young people in the theatrical arts, our first radio play was rehearsed in March and recorded and completed in April 2016. Our total focus is to provide quality radio plays to a world-wide internet-based audience, while adding to our membership with like-minded people.

In the morning  room of “The Manor House” Gwendoline and Cecily are gazing attentively out into the garden anticipating the imminent arrival of Jack and Algernon from the garden.

In the garden of “The Manor House”, Jack Worthing’s country estate Cecily, Jack’s ward is studying with her governess Miss Prism before the unexpected arrival of Algernon Moncrief.

The Importance of Being Earnest, A Trivial Comedy for Serious People is a play by Oscar Wilde. First performed on 14 February 1895 at the St James's Theatre in London, it is a farcical comedy in which the protagonists maintain fictitious personae to escape burdensome social obligations. Working within the social conventions of late Victorian London, the play's major themes are the triviality with which it treats institution...

Back in London Mr. Pickwick pays Dodson and Fogg, sends Jingle and his servant to the West Indies to begin afresh, and learns that Emily Wardle is planning to elope with Snodgrass. Mr. Pickwick convinces Mr. Wardle that Snodgrass is a worthy gentleman, and the couple are married in Mr. Pickwick's newly purchased home. In the meantime Sam Weller has been courting a pretty housemaid named Mary, and under Mr. Pickwick's auspic...

A Pandemic with Shakespeare

The 23rd of April is not only the birthday of the bard with some historical records also suggesting the date of his death, it is one year and one month since the commencement of our first pandemic lockdown. During this year and one month we have all experienced a roller coaster of emotion.  Unprecedented at least within the life experiences of much of our present generation.  Yet at its most fundamental level the human condition an...

On returning to London, Mr. Pickwick is taken to the Fleet Prison for debtors because he will not pay damages. In prison he witnesses much misery, filth, and squalor and for a brief time he is victimized by two predatory inmates. There he finds Alfred Jingle and his servant in utter destitution and gives them some assistance. Mr. Pickwick tells Sam Weller to leave him, but Sam has himself jailed for debt to be with his kindly maste...

BBC Radio Oxford's Jerome Sale spends some time talking with David Hunter about the latest in Springline Radio Players audio productions, "The Canterville Ghost", by Oscar Wilde and how the collaboration with Open Door Playhouse, a professional theatre company based in Los Angeles, California came into being.

The Canterville Ghost, by Oscar Wilde

We are pleased to present the first in our collaborative series entitled “Across the Pond Theatre”, the joining of Our Kid and Me Productions in Oxfordshire, UK and Open Door Playhouse Theatre in California, USA.

"The Canterville Ghost" is a humorous short story by Oscar Wilde. It was the first of Wilde's stories to be published, appearing in The Court and Society Review, on 23 February and 2 March 1887.

Eventually the Pickwickians return to the Wardle farm to celebrate Christmas and the wedding of Mr. Wardle's daughter, Isabella. Amid festivities Snodgrass continues his romance with Emily, and Winkle falls in love with Arabella Allen, a friend of Mr. Wardle's daughters.On Valentine's Day, 1831, Mr. Pickwick is tried for breach of promise. Due to the rhetorical allegations of Serjeant Buzfuz and to the circumstantial ev...

In London, Mr. Pickwick learns that Jingle is in Ipswich and goes there to expose him. Because of a mix-up in bedrooms at an Ipswich Inn Mr. Pickwick is hauled before the justice, a local henpecked tyrant called Mr. Nupkins. Nupkins is visited frequently by Jingle, who is interested in the daughter. Mr. Pickwick extricates himself by proving that Jingle is an adventurer.

In London Mr. Pickwick comes across Sam Weller, a boot cleaner and general handyman whom he takes on as a valet. When Mr. Pickwick tells his widowed landlady, Mrs. Bardell, that he has taken on a servant, she assumes from the ambiguous way he puts it that he intends to marry her. Mrs. Bardell faints in his arms just as Tupman, Snodgrass, and Winkle enter — a compromising circumstance. Mr. Pickwick and his friends go to Eatanswill a...

After some mishaps in the cricket match and Mr. Tupman falling in love with Rachael; and Mr. Snodgrass with Emily, Tupman is outsmarted by the vivacious, unscrupulous Jingle, who elopes with Rachael. Mr. Pickwick and Mr. Wardle pursue Jingle and Rachael to London, where, with the help of a lawyer, Mr. Perker, they buy off Jingle and save Rachael Wardle from an unhappy marriage. They continue on by coach to London and there Mr. Pick...

After the Pickwickians meet to begin their first journey they meet Mr. William Wardle, a country squire who invites them to his estate at Dingley Dell. After some mishaps, Mr. Pickwick and his friends arrive at Mr. Wardle's Manor Farm, where they enjoy card games, flirting, storytelling, hunting, and a cricket match. Mr. Tupman falls in love with Mr. Wardle's spinster sister, Rachael; and Mr. Snodgrass falls in love with hi...

The Pickwick Papers by Charles Dickens - Episode Two - The Duel

The Pickwickians have met Mr Jingle who turns out to be a supposed actor and con man. At their first stop, Mr. Jingle insults a local doctor, and the doctor proposes a duel. Because of a mistaken identity, however, Mr. Winkle receives the challenge, not Mr. Jingle. Will the angry doctor realise his mistake, or will the duel be pursued?

The Pickwick Papers by Charles Dickens - Episode One - Into The Unknown

The Posthumous Papers of the Pickwick Club (also known as The Pickwick Papers) was Charles Dickens's first novel. Because of his success with Sketches by Boz published in 1836 Dickens was asked by the publisher Chapman & Hall to supply descriptions to explain a series of comic "cockney sporting plates" by illustrator Robert Seymour and to connect them into a novel. The book became Britain's first real publishing...

Twas the Night before Christmas

Our Kid and Me Productions is pleased to present “Twas The Night Before Christmas.

On the eve of Christmas day, one hundred and ninety years ago today, wealthy landowner and august Columbia professor Clement Clarke Moore completed a seasonal poem to read to his children. He penned the whimsical little tale — a throwaway, really, in comparison to his great and respected writings in Greek and biblical literature — from a desk at his...

A Christmas Carol by Charles Dickens

Our Kid and Me Productions in partnership with Springline Radio Players is pleased to present "A Christmas Carol. In Prose. Being a Ghost Story of Christmas", commonly known as A Christmas Carol, is a novella by Charles Dickens, first published in London by Chapman & Hall in 1843 and illustrated by John Leech. A Christmas Carol recounts the story of Ebenezer Scrooge, an elderly miser who is visited by the ghost of his f...

Our Kid and Me Productions is pleased to present a new audio drama by Ken Starling entitled "Christmas Letters".

Keeping in touch with relatives you rarely see is sometimes solved by a letter tucked inside a Christmas card. Over time, these fit together rather like a jigsaw puzzle. But is the final picture the one you were expecting?

The Incompatibles by Horrace Holly

The following one-act play is reprinted from Read-aloud Plays. Horace Holley, the author wrote several short, one-act plays with a view for them to be read aloud as well as being performed on stage. Our approach is through the audio media of one of his 1916 plays.

The War of the Worlds by H G Wells

"The War of the Worlds", a science fiction novel by H.G. Wells,  first published serially by Pearson’s Magazine in the U.K. and by The Cosmopolitan magazine in the U.S. in 1897. The novel details a catastrophic conflict between humans and extraterrestrial “Martians.” It is considered a landmark work of science fiction, and it has inspired numerous adaptations and imitations. Our audio play is inspired by Orson Wells radio b...