Episode 2 of The Robby Row Show is spent talking with my buddy Paco Rodriguez. I've had the privilege of getting to know Paco during my time here in Puerto Rico. Paco had a rare route to the big leagues in that he made it up to the show in his first professional season just 2 months after he was drafted by the LA Dodgers. Listen in to what Paco has to say about his route and what it takes to be a successful big league pitcher.
Read more
00:0000:00 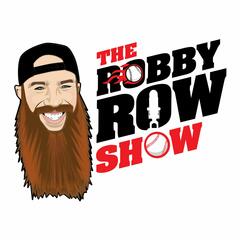