The Weaponization of Loneliness: How Tyrants Stoke Our Fear of Isolation to Silence, Divide, and Conquer with Stella Morabito - The Michael Savage Show

Do you keep your opinions to yourself because you’re afraid people will reject you? Do you sign on to a cause just because everyone around you acts like it’s the right thing to do? StellaMorabito joins Savage to reveal how elites in Big Tech, Big Media, Big Government, academia, Hollywood, and the corporate world exploit our terror of social isolation. Their divide-and-conquer tactics include identity politics, political correctness, and mob agitation. Their media monopoly spawns the propaganda essential to demonization campaigns, censorship, cancel culture, snitch culture, struggle sessions, the criminalization of comedy, and the subversion of society’s most fundamental institutions. It all adds up to a machinery of loneliness. Morabito decodes how dictators—from the French Revolution to the Communist Party of China to today’s globalists—aim to atomize us in order to control us. Savage shares his experience of isolation; being an outspoken conservative in the liberal Bay Area. 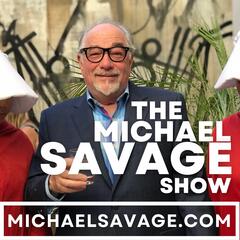