What Music Means to Me •
iHeart

Interview with Composer, Robert Sheldon (Part 1) - What Music Means to Me

What Music Means to Me

In the first episode of What Music Means to Me, back in October of 2007, I mentioned that I intended to do interviews with leaders in the field of music. I ended up making good on that promise in the Spring of 2009 with this interview with composer, Robert Sheldon. The interview brings out some great insights into composer and Sheldon's music. Since the my old podcast host went out of business, I've been meaning to re-post this episode (and a follow-up, "Part 2") here at Podomatic.

Robert Sheldon is one of the most performed composers of wind band music today. In addition to his work as Concert Band editor for Alfred Publications, and as conductor of the Prairie Wind Ensemble, he is constantly in demand to write new works for band, and to serve as guest conductor of honor bands all over the country, and indeed the world. In the first part of my discussion with him on January 9, 2009, Sheldon shared some fascinating stories and provided insight into some of his most-loved works for band.
Read more
00:0000:00 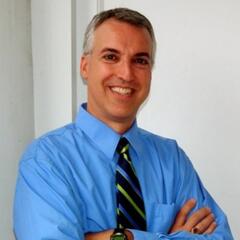