Starbucks is the world's largest coffeehouse chain and one of the most recognizable consumer brands in existence. In the US alone, Starbucks has nearly 9,000 corporate-owned stores, and not a single one of them is unionized ... but that may be about to change. After leading an organizing campaign during the COVID-19 pandemic and facing tireless efforts by the company to delay, deflate, and defeat union elections with the National Labor Relations Board, workers at three Starbucks locations in Buffalo, New York, have submitted their ballots, which are being counted as we speak. In this mini-cast, we talk with Brian Murray, one of the Buffalo workers and organizers with SBWorkers United, and journalist Jordan Chariton, who recently traveled to Buffalo to speak with Starbucks workers and report on their fight for Status Coup. 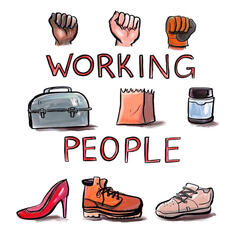